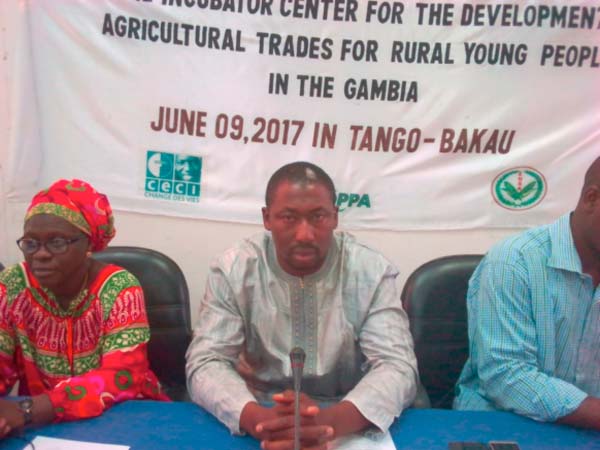 The president of NACOFAG, Musa Sowe, has urged civil society organisation to embark on a massive campaign for women farmers to gain access to land.

Land issue was a major challenge for women farmers in The Gambia, he noted.

Mr Sowe made the remarks at a recent appropriation and evaluation meeting on the situation of Family Farming operation in The Gambia.

He said the financial aspect was also a major challenge for women farmers to be able to address credit loan, adding that certified seeds was also one of their major problems in accessing to seeds during weekly ’lumo’ markets.

For his part, Sheriff Sanyang, Director of Urban Agriculture, explained that global alliance for resilience was set up to tackle climate change in Africa and support farmer-based organizations with capacity building on climate change and to promote family farming in the West African sub region.

He said the NEMA Project has a key component on family farming, adding that the government would give a lot of support to promote family farming as an issue and to address it.

The ministry was looking at it as a value chain approach not only in production but must be value-added, he said.

The president of women wing at NACOFAG, Bakoto Jobe, informed the gathering that they embarked on a massive campaign for women to gain proper access to land, which was part of key development priorities.