Journalist Abdoulie John, who was detained by the National Intelligence Agency in since Monday has been released, The Point has reliably learnt.

John, who is the editor of JollofNews website, was detained Monday after he reported to the NIA headquarters in .

“Yes, I was released this morning (Thursday), and asked to be reporting on bail,” John told The Point, adding that his laptop is still with the NIA.

He was first arrested on 9th December and released the following day on bail, and required to be reporting weekly.

His detention was widely condemned by international bodies including his own JollofNews website, who called for his unconditional release. 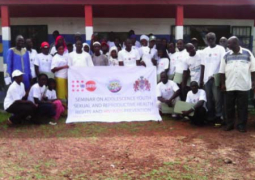