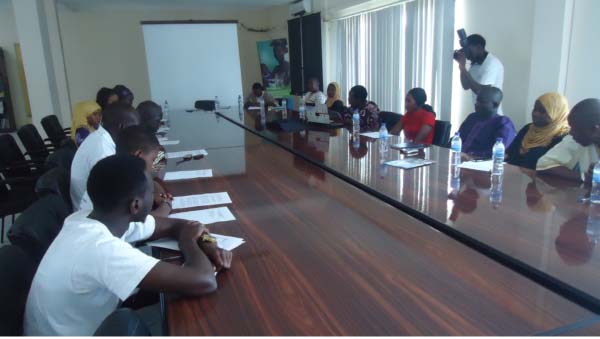 June 16 is the Day of the African Child, commemorated annually by African countries including The Gambia led by the African Union and its partners.

The day presents an opportunity for all stakeholders in children’s rights, including governments and non-governmental and international organisations to reflect on issues affecting children in Africa.

UNICEF in collaboration with other national stakeholders in child rights and protection recently held a media briefing, at the UN Library Conference Room at UN House Cape Point, Bakau.

The theme for this year’s global commemoration of DAC is: ‘25 years after the adoption of the African children’s charter: Accelerating our collective efforts to end child marriage in Africa’.

The theme highlights the need to take stock of the progress in ending child marriage, and intensify collective efforts to adopt bottlenecks such as limited data on child marriage and cultural norms that promote the practice.

Speaking at the media briefing, Abdou Jatta, national coordinator of Young People in the Media (YMP) and UNICEF-Speak Africa youth spokesperson, who doubles as chairperson of DAC National Steering Committee, said the day honours those who participated in the Soweto uprising in 1976 in South Africa.

On that day, he said, thousands of black school children took to the streets in a protest march, more than half a mile long, to protest the inferior quality of their education and to demand their right to be taught in their own languages.

“On that day, hundreds of young boys and girls were shot and, in the two weeks of protest that followed, more than a hundred people were killed and thousands were injured,” he said.

Jatta noted that the day has since served to highlight issues affecting the lives of children and young people around the world.

He took the opportunity to comment on child marriage, saying it is a human rights violation, which exposes millions of girls to the risk of physical and or psychological trauma.

Thus, the African Union and its partners have identified child marriage as an issue of concern across Africa.

In the same year, about one in five young women, ages 15-19, were married while 46.5 percent and 8.6 percent were married before their 18th and 15th birthday.

The child rights advocate acknowledged that the government of The Gambia, in collaboration with national and international partners, have over the years shown much commitment to ending child marriage in the country.

Community level interventions, spearheaded by the government through the Department of Social Welfare and the Women’s Bureau, are being implemented to reduce the incidence of child marriage and other harmful cultural practices in The Gambia.

As a result of these interventions and others, the national prevalence of child marriage has decreased from 46.5 per cent in 2010, he said.

Also speaking at the briefing was Awa Joof, UNICEF Child Protection Officer, said the theme for this years’ celebration is timely, as it looks into their work and difficulties children face.

Child marriage is a harmful traditional practice and, in child marriage, children are being violated with the consent of the society to such an extent that it may be even celebrated.

The UNICEF child protection officer stated that some of the challenges faced in child marriage include the health implications involved, and effects of teenage pregnancy.

She explained that in The Gambia, maternal and infant mortality rates are very high and that child marriage is a contributing factor.

Joof stressed that if a girl-child is withdrawn from school for the purpose of marriage, in many cases, the girl is unable to continue her education. She would not able to become productive and meaningful to herself, the family and the nation as a whole.

Speaking earlier, Filly Nyassi of the Department of Social Welfare, noted that the National Steering Committee plans to implement various advocacy activities later this year for the Day of the African Child commemoration.

These activities include a highlight event, a dialogue between stakeholders and religious leaders, and media campaign advocacy on child marriage.

Others speakers at the briefing included other members of the DAC national steering committee, such as a representative from CPA, FAWGAM, DOIS, EFANET, YPM, and Childfund among others.