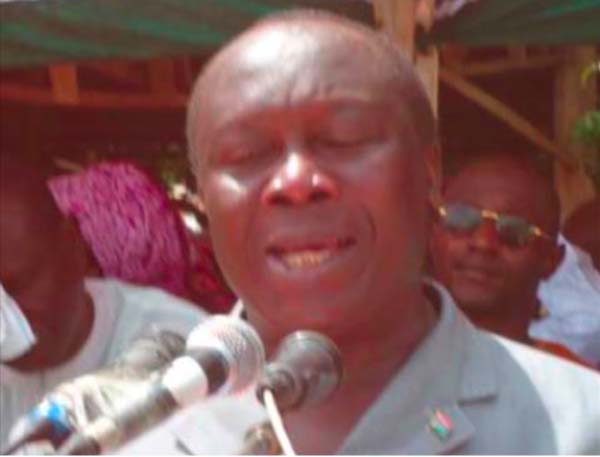 The Minister of Agriculture, Solomon Owens, recently urged the selected 30 youths to make good use of the opportunity given to them by the government of The Gambia.

He said all Gambians who went through Songhai Center are doing extremely well in their various areas.

Hon. Minister Owens was speaking at the departure of about 30 Gambian youths, who were recently selected to undergo a six-month training course at the Songhai Centre in Benin.

The ministers of Agriculture and Youth and Sports hosted the trainees at a farewell ceremony on Wednesday at the Independence Stadium in Bakau.

The youths were selected from across the country to undergo training in different fields, such as agriculture and entrepreneurial skills development.

The programme has been conceived and funded by government of The Gambia in collaboration with the UNDP.

Called Songhai The Gambia, this programme is based on the model of Songhai Centre in Benin and the project is expected to establish a multifunctional agriculture value chain that is sustainable, viable and competitive where agriculture would be a weapon of broad-based and inclusive development.

According to officials, it consists of two components: to develop a functional agricultural system and to incubate agro-entrepreneurs and promote services to leverage them.

Addressing the departing youths, Minister Owens urged them to make best use of the opportunity.

“Thirty of you have been selected and that selection process was not an easy one. But you are lucky, and I urge you to make best use of this opportunity,” he advised the youths.

Minister Owens affirmed that all Gambians who have gone through the Songhai Centre in Benin are currently doing extremely well in the country, and thus challenged the participants to leave up to expectations.

He pointed out that the people of The Gambia are expecting positive reports from the Centre concerning the students’ progress reports, adding that the students could also come up with business proposals, and his ministry would be more than happy to support in whatever way they could.

The Agric Minister equally urged the departing students to always abide by the rules and regulations of the Centre.

The Minister of Youth and Sports, Alieu K Jammeh, also reminded the participants that this was the first time the country is sending students to the centre.

However, this group of departing students are unique, in the sense that this is the first time such a large number of Gambians are going at one go, he said.

Minister Jammeh pointed out that since the advent of the 22 July Revolution in 1994, President Jammeh has placed agriculture, youth employment and empowerment at the forefront.

He said for a long time, agriculture has been on a subsistent scale in the country, but that now the government of The Gambia is pushing for large-scale agricultural mechanisation.

He assured the participants of his Ministry’s full support and that of the people of The Gambia.

“This programme is a fully-funded one, so everything is being taken care of. Your responsibility is to learn,” he advised the youths.

Officials said it is anticipated that the project, among other benefits, would be the breakthrough that would make agriculture attractive to all categories of young people for both employment creation, and achieving the country’s food self-sufficiency objectives, as desired and propagated by President Jammeh.

Representatives from FAO, UNDP and Gambia Chamber of Commerce and Industry graced the occasion. 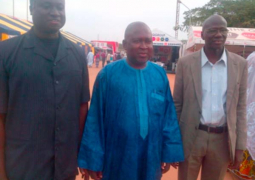