Milan Football Club of Bakau Katchically on Thursday made a surprise presentation when the club's president Ousman Drammeh on behalf of the team donated football materials to Kitty United at the National Sports Council's office in Bakau, barely 24hrs after receiving some high-quality football materials from their Netherlands counterparts Aegon and Ajax,

The items, which included a set of 16 shorts and shirts, were received by the Kitty Sports Committee on behalf of Kitty United.

In receiving the items on behalf of the beneficiaries, the assistant director of the sports committee, Pa Suwareh Faye, who doubles as the president of the Gambia Football Coaches Association, saluted the laudable gesture of Milan FC.

"The move is worthy of commendation and I believe it will go a very long way in trying to motivate the people of Kitty in order to improve their standard," said the former Gambia national U-17 team coach.

Pa Faye, who spoke on a wide range of issues on the improvement of football in Kitty, used the occasion to salute the tireless effort of Besenty Gomez, former executive secretary of the National Sports Council.

The highly experienced coach, who had a long stint as the head coach of Africell Sait Matty in the country's top flight football, said Besenty's contribution to the development of football in his home village of Kitty is a clear testimony that Besenty has Kitty at heart. He called on others to emulate him.

Abdul Aziz Titao Mendy, the development officer of the National Sports Council, who chaired the occasion, described the day as significant, saying "this is what the country is looking forward to achieving in our quest to ensure that we achieve excellence in sports."

Titao also said the donation would serve as a source of inspiration and motivation for Kitty United.

The initiator of the donation, Ousman Drammeh, who is the president of Milan Football Club, said he was grateful to be associated with good sports initiatives.

He added: "Supporting a team is not limited only to moral support; the most important thing is to improve sport if you can, and I am extremely delighted, on behalf of my colleagues, at presenting this football items to Kitty United."

He also said he would continue to give a helping hand to the people of Kitty.

The team manager of Kitty United, Kalipha Sanyang; the Vice President of Kitty Sports Committee, Nuha Sanneh; and the head coach of Kitty United, Bekai Janneh, all said they highly appreciated the donation, and thanked the donors for "the wonderful gesture". They also promised to make the best use of the donated items.

Besenty Gomez, a native of Kitty, also attended the occasion. 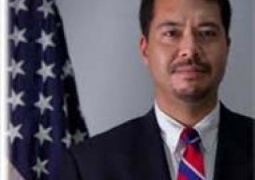