Youth Crime Watch country director for The Gambia Abdul Jobe was recently elected to serve as the Regional Director of the organization in West Africa/Ignitus Worldwide West Africa (YCWA).

Mr Jobe was elected at the organization’s regional meeting held recently in .

According to a media release from The Gambia office of Youth Crime Watch, The Gambia has also been chosen to host the regional office of the organisation.

“The programme objectives of Youth Crime Watch of West Africa/Ignitus Worldwide West Africa are to mobilize youths across the sub-region at the national and regional levels to participate in all spheres of national and regional development,” the release says. “The activities seek the holistic involvement of young people as key actors in democratic processes and social transformations in , and to also foster good citizenship and build self confidence in the minds of young people.”

The strategy the programme pursues in order to realize these objectives is to strengthen the capacities of youth leaders and to advocate and lobby to influence policies promoting and mainstreaming youth participation in national and regional processes.

The overall objectives of the organization include empowering young people to serve as effective catalysts for social transformation in ; helping to promote a culture of peace, human rights, governance and open societies; and promoting the participation of young people in decisions that affect their future.

It also aims at serving as a public policy voice and advocacy mechanism on behalf of young people, influencing policies promoting and mainstreaming youth participation in national and regional agenda, and serving as an umbrella organization for youth groups in .

The member countries in the sub-region include , The Gambia, , Guinea Conakry, Guinea , , , and .

The meeting identified the following as the possible solutions to the aforementioned problems:  institutional capacity building, youth empowerment, rural development, research and data collection, partnership with stakeholders, entrepreneurship and skills development, and advocacy and awareness-raising.

“The transition from the YCWA to Ignitus Worldwide came about in part to foster unity among our international affiliates and move forward as a united front to create young leaders around the world and foster peace building and civic engagement,” the release stated.

Knowing the facts on disability 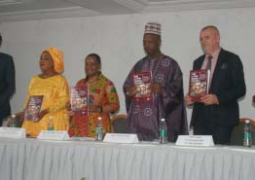