The album, which is in a reggae format, contains 13 tracks and is all about celebrating Bob Marley, the king of reggae.

The Senegalese mega-star revealed this information in an interview with France 24, one of the most popular French television channels. He declared that his love for reggae music has contributed significantly in his music.

In the new album, Youssou Ndour again uses his melodious voice to great effect, replaying his old tunes like Pich Medina Bariba, Africa, Solidarite colored with a reggae beat reminiscent of the great Bob Marley, and featuring Matabaruka the well-known Jamaican Dub Poetry Ambassador, and is expected to hit again the world charts.

Youssou Ndour, during the interview, added that the participation of Peter Morgan of the Morgan Heritage super star band gave him another platform in the world music scene. Youssou Ndour through this albums show again his determination to promote African music up working with Jamaican studios and using traditional instruments like the Tama and ballafon-flute. The new album was recorded at Tuff Gong the studio of his idol, Bob Marley, with members of the Wailers Band. All songs praise African culture and express love for black women. 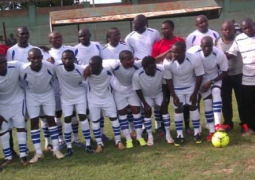