What is happening at the Banjul Magistrates' Court is a cause for concern. Though Mr Haruna Jaiteh has assured that the situation would soon be taken care of, we are forced to revisit the issue of manpower shortage at the bench. According to Mr Jaiteh, some of the magistrates have already gone for further studies, or have been promoted. We have no quarrel with either development. Hopefully, those who have left for further studies will come back home to contribute even more meaningfully to the speedy dispensation of justice. And for those who are promoted, we congratulate them because they must have given a good account of themselves to enjoy such reward. We urge them to keep working hard.

But then again, before promotions are made in the future, the authorities should make sure that there are available personnel to step into the shoes of those being promoted.

And the concerns of the litigants cannot just be brushed aside as unimportant. Litigation takes time and money. If a litigant has to go to court again and again without having his or her case dealt with due to lack of a magistrate, he or she is bound to lose patience. And their concerns should not be dismissed as mere whimpering. The Judicial Secretary should do more than just dishing out assurances. He seems to have entangled himself by saying that perhaps "by Monday everything will be sorted out". It would have been a lot better for him to have just explained the difficulty his office is facing rather than committing himself to a particular day. If it turns out that the situation remains as it is, then his future assurances would be taken with a pinch of salt.

One way of dealing with this problem is to encourage more and more Gambians to join the bench. The authorities can do this by giving them attractive remuneration and other perks. If this is done, those of them already in the bench will be better able to resist the lure of private practice, which seems to be the norm nowadays. Until and unless this is done, litigants would continue to face the same problem. An efficient justice system is indispensable to democracy and economic development. We should give this problem all the attention it deserves. 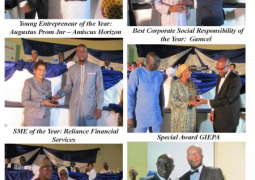 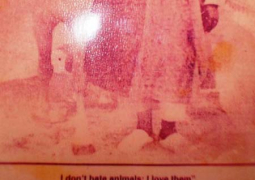