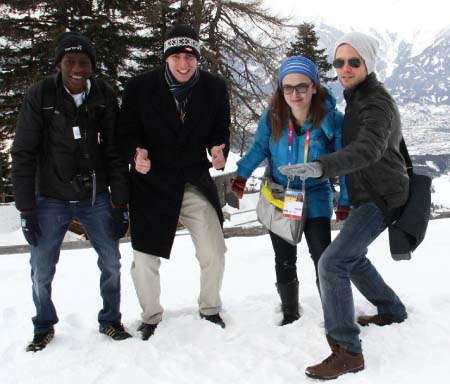 The young reporters that took part in the 75th AIPS congress in Austria yesterday shared their experiences at the end of a weeklong gathering in the Austrian city of Innsbruck.

The Gambia was represented at the congress by two sports journalists in the names of Amadou Wuyeh Manga, head of sports at the Unique FM Radio and also the 1st vice president of the SJAG, and West Coast Radio’s sports producer Abdoulie Bah, who doubles as the secretary general of the SJAG.

Lie Bah said: “We were all nervous, the young reporters standing at the stage of the 75th AIPS Congress, about to look back at all the incredible moments that we shared in Shenzhen and Innsbruck. We spent merely two weeks at the Universidade China, yet it seems the time passed has granted us the greatest leap forward to date, and recounting the experiences makes every one of us nostalgic.

The participation in the AIPS-FISU programme has literally been one of amazing life-changing experience, and this surely is no overstatement.

“Merely weeks after, I returned to The Gambia, I’ve been appointed a member of the press committee of our NOC. I’ll be eternally grateful to AIPS and FISU for this achievement,” he said.

The young journalist from The Gambia had his very first time in a winter sport region. He said he had never seen something like this before.

Jan Mies of Germany received perhaps the best possible preparation for the London Olympics that a young reporter could dream of. Shourouq has had her first experience of a major event outside of her native Palestine.

From this, the reporters from Shenzhen, the mentors, this has become a family for us.....supportive friends who fostered our creativity, gave new ideas and groundbreaking opportunities to grow as professionals. A number of us were invited to the Innsbruck Congress reported and learned, and for the continued support provided to us AIPS deserves the greatest of gratitude.

The international support towards the training of the young sports journalist is only growing, and as one of those who has benefited from it, the progress is remarkable.

In 2010 a selected group of our peers set off for the inaugural Singapore Youth Olympics to take part in a programme under the guidance of the International Olympic Committee.

As part of the Innsbruck Congress, Anthony Edgar, head of the IOC Media Operations and the IOC YR programme, recounted the trials and successes of IOC young reporters. These days the group is gathered in Austria to cover the ongoing Winter Youth Olympics. They too, are making one great leap forward, getting to know new friends and becoming different journalists. Ones ready to make a difference, looking towards a brighter future.

Even sports journalists find sometimes something more interesting than sports. On the third day of the 75th Congress of AIPS in Innsbruck, seven young reporters went to the SuperG competition and found – wonder oh wonder – a lot of snow.

Driving through the mountains of Austria by car is amazing, but nothing in comparison to going up on one of the highest crowns by cable pulley. The view over the Alps compensates anything bad for a moment.

Down in the valley, the young athletes of the first Youth Olympic Games prepared for their race and loud music and mulled wine warmed up the crowd. But up on top, around 1000 or 1500 meters away, there’s only silence.

For Bence Mohay of Hungary, “We must be kept away from going down the hill without ski.

For the professionals and leisure skiers the seven young reporters must have been a strange sight: Driving to the start of the piste without proper clothes, making photos and having a snowball fight. Nothing Olympic but fun!

More impressive was to see the youth Olympians starting the SuperG like they never have made anything else in their life – unimaginable for someone who did not grew up with snow. But, as mentioned, the reporters are still young; not too late to make some more experiences in snow. 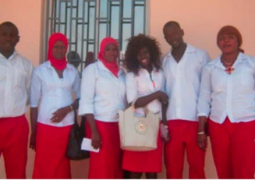 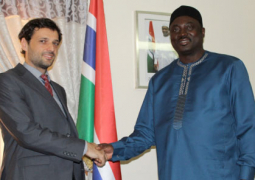