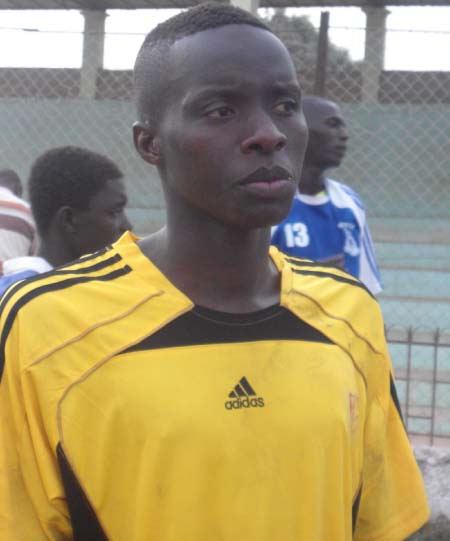 Steve Biko will begin the 2012/13 GFA Division One League Championship against Academy boys Samger in a cracking week one fixture at the Serrekunda East Mini-stadium later today.

Judging by the two meetings between the two title strugglers, Jane Joof’s men have an edge over coach Abdoulie Bojang’s charges having registered a first round success over them in the last season’s fixtures before going on to hold them to a stalemate result in a crucial second round clash amid poor start to the season by the Bakau giant killers.

And it appears that Biko is undergoing a massive transformation process in their striking department which has almost cost them shock demotion to the second division. Although the 2001 FA cup winners eventually laid a hard fought battle to survive a top-tier league relegation in the latter part of the 12-team league campaign.

There is no question about Steve Biko’s ability to put up a serious title challenge this season, and their game against Samger will serve as a litmus test, since it is expected to produce an exciting encounter.

Samger, known for their attractive playing style, could cause serious threat to Biko’s winning ambition when they meet them in their own backyard this evening.

The league that began yesterday will see the participation of 12 teams that have vied for the renewed title in six identified venues such as the Independence Stadium, Banjul, Serekunda East/West, Father Gough Sports Complex in Manjai and Box Bar Mini-stadium in Brikama.

Biko’s game with Samger is expected to be followed by other crucial matches as two promotion sides, Serekunda United and Hawks, resume topflight football at the Box Bar Mini-stadium.

There will be two other big games on Friday when Bakau United take on Gambia Ports Authority at the East Park, with Gamtel’s encounter against reigning champions Brikama United scheduled to take place at the renovated KG5 Mini-stadium in Banjul.

Follow all the league actions in our subsequent publications as we enter yet another exciting moment of league cup campaign.