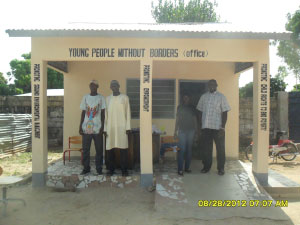 An association known as Young People Without Borders, in Siffoe village, Kombo South District of West Coast Region recently completed the construction of its office complex using plastics and bottles.

According to the association’s chairman, Kalifa Kanteh, the main man behind the initiative said the avian bottles were filled with used plastic bags which serve as eco-block.

In an interview with this reporter at the site, Kalifa Kanteh explained how the initiative came about.

He applauded the efforts of their supporters towards building of the house such as one Mr Jazz Loius Broune and Mrs Anne Grate Camara-Denmarc.

“I initiated this project because I realised that used plastic bags are scattering everywhere in the village and to get rid of them is to build a house with avian bottles which were filled with over 1,000 different sizes of used nylon bags,” he revealed.

According to him, they also want to ensure environmental sustainability is free from rubbish within the and its catchment areas.

“We are also here to talk to students on the issues of health, climate change, child protection, and participation in decision-making process,” he said.

He thanked a group in Kiti village called brothers who donated 1,000 avian bottles to the association during the building of the house. 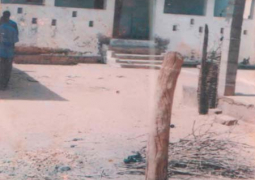