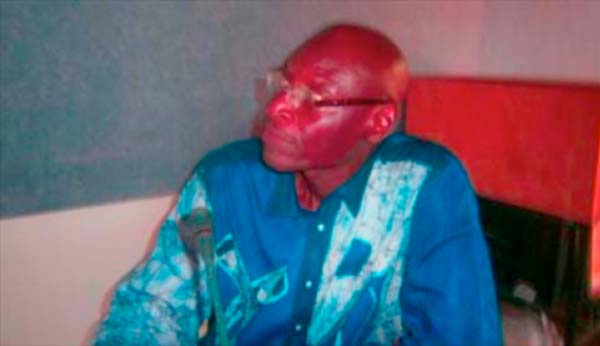 The Chairman of Worldview in The Gambia, Mr Amadou Taal, has spoken extensively about the expectations and challenges faced by least developed countries.

He also highlighted financial constraints and the recommendations that will emerge from the meeting as well as the way forward during the forthcoming COP21 Paris conference of climate change, expected to open early next month in Paris.

Mr Taal said the PACJA is a network of civil society organizations in Africa whose secretariat is based in Nairobi, Kenya.

“It has members from all over Africa and in each of its member countries there is National chapter or focal point, and in The Gambia, Worldview serves as its focal point.

According to Mr Taal, PACJA’s “Week of action” is organised on an annual basis and this year’s will be held from 10 to 24 November, climaxing just before the beginning of the Paris conference of climate change called COP21.

The “Week of action” is a PACJA initiative conducted in selected countries aimed at mobilizing and stimulating actions and reinforcing efforts to exercise the power of collective action ahead of the conference.

Since 2009, he noted, this initiative has grown in coverage and intensity bringing together a large number of CSOs to sensitize the populations on the important issues surrounding climate change.

“At the recent ADP meeting in Bonn, Germany, a redrafted negotiating text was prepared as a basis for negotiations during COP21,” Mr Taal said.

The Worldview chairman stated that at the moment, both the North and South are deeply divided on the issues of mitigation, adaptation, finance and technology.

According to him, they are deeply divided on what are the respective responsibilities and obligations of the North and the South in the new agreement.

Mr Taal further said PACJA, as a civil society network, is very much concerned about climate justice and feels that issues of equity and fairness lie at the heart of the international debate around climate change.

He said the issue of equity and fairness must focus on historical responsibility and capacity, which directly correspond with the core principle in the UNFCCC of a common but differentiated responsibility.

According to the Worldview chairman in the Gambia, a lot of effort has gone into the preparation of COP21, at the levels of the UN, governments and civil society. “But for now, one can only be cautiously optimistic about the outcomes of the Paris conference,” he remarked.

He added that for COP21 to have meaning, it will be judged on at least 2 main criteria, namely the commitment of governments to scale up their efforts to increase their ambition on clear equitable bases, and the provision of significantly scaled-up financial, technology and capacity-building support for developing countries to mitigate and adapt to climate change and address loss and damage.

“It should be noted that the Green Climate Fund (GCF), which was set up to finance programmes to address climate change matters, has just met in Zambia and has approved its initial project proposal for developing countries,” he said, adding that the total amount of funding for the project is US$168 million.

Mr Taal said the money is meant to address the following: building the resilient of wetlands in Peru, scaling up the use of modernized climate information and early warning system in Malawi, the restoration of the productive bases of salinized lands in Senegal, climate resilient infrastructure mainstreaming in Bangladesh, Kawi Sarfi ventures inEasternAfrica, energy efficiency green bond in LatinAmerica and the Caribbean, supporting vulnerable groups in Maldives to manage climate change, and urban water supply in Fiji.

“This initial approved of US$168milion is a disappointingly low amount compared to the requirements of developing countries and at this moment, the FCF is able to obtain pledges of US$10.2 billion, out of which only US$5.83 billion has been legally committed to the GCF,” the Worldview Gambia chair added.

“A minimum of US$100 billion per annum is targeted from 2020 and even that amount is considered far too short of what Africa alone would require to meet adaptation cost of extra US$60 billion by the 2050s and US$1.1 trillion needed annually for a low Carbon transition in developing countries.”