Later this evening, the executive committee of the Gambia Football Association will launch The Gambia's U-17 Road to Nigeria campaign at the Ocean Bay Hotel.

The event which will kick-off at 19.00hrs will be in the form of pledges of money/ resource for the preparation and participation of the two times champions, Gambia U-17 in the FIFA world Cup, billed for October in Nigeria.

According to a press release for the FA, HE Sheikh Professor Alhagi Dr. Yahya AJJ Jammeh, Chief Patron of the GFA will as usual take the lead in pledging some money for this great national venture.

The FA has also extended its invitation to institution/individuals to support President Jammeh's initiative to raise the requisite funds for the national U-17 side. 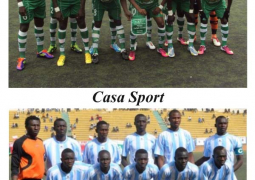