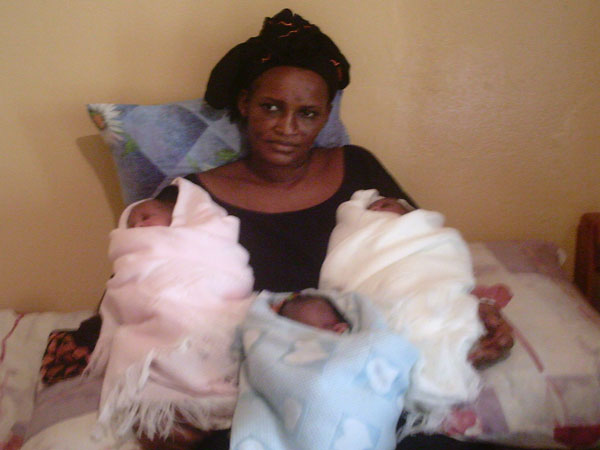 A woman on Tuesday gave birth to three bouncing babies.

Abbie Jallow, from Brufut in Kombo North, Western Region, delivered two girls and a boy at the BAFROW Medical Centre in Serrekunda.

This reporter yesterday visited BAFROW Medical Centre where Abbie and her triplets are currently admitted, and had the opportunity to speak to Dr. H. Azadeh, Senior Consultant in Obstetrics and Gynaecology at BAFROW who carried out the operation on the woman.

According to Dr. Azadeh, Abbie visited BAFROW Medical Centre for antenatal care during pregnancy and was scanned and diagnosed as having triplets.

He added that when it came to delivery she returned to the clinic and was admitted. He revealed that the first baby was delivered the normal way, but the remaining two had to be delivered through an operation, as their positions in the mother's womb were transversal (lying across).

He said the operation was performed successfully and that the babies were in excellent condition and the mother's recovery is satisfactory and she would be discharged hopefully during the weekend.

The two girls are said to weigh 3.8kg each, while the boy weighs 3.9kg.

Dr. Azadeh assured that there are experienced consultants at BAFROW, which has in-and-out patient clinics; facilities for minor and major operations; a state-of-the art laboratory and a modern pharmacy; and is operational 24 hours. 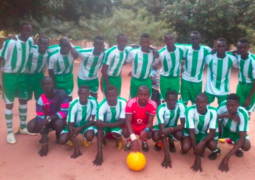