Magistrate Abeke stated that the prosecution should have investigated the matter that took the accused person to police custody first and added the escape to it.

The reason the accused was in custody was not yet proven, he said, adding that they could not charge her for escaping.

The prosecuting officer, Sgt 335 Nying, then applied to withdraw the case from court for further investigation.

According to the particulars of offence, Seva John, on 29 April 2013, at Kotu Police Station, in the Kanifing Municipality, while under lawful detention at the said station, escaped from such custody. 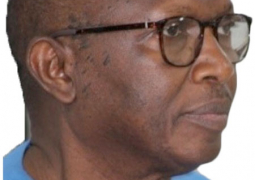