A prosecution witness, Telley Baldeh, recently testified in the trial involving one Ousman Y. Jatta and Amat Sowe, accused of obtaining money by false pretence, before Magistrate Gomez of the Kanifing Magistrates’ Court.

Baldeh told the court that he lives in Lamin village and works as an engineer at GTTI, and that he recognized the accused persons.

Mendy told him that there were programmes running about scouts on a trip to Denmark and Finland, he told the court.

He went with Mendy and the rest of the people who were informed about the trip to the said camp, and an introduction was made to the executives, such as the 2nd accused, and one Beyai.

According to him, the accused persons made an introduction of the said trip, and told them all the procedures and how to pay the money in their account at Reliance Bank.

He was not a scout member, and he paid D75,000 as an advance payment for the trip, and was told to wait of the programme, which was from June to July 2012.

He called the accused persons and Modou Mendy to ask how far they had gone, and they told him that the trip had failed but advised him to try Denmark that was going to be in August, which also failed.

Baldeh further said he requested for his money by calling the 1st accused, but he never picked his calls, adding that he called with different numbers and the 1st accused told him that he was at the UTG and that was why he could not pick the calls.

He told the 1st accused that as a leader, he had to pick his calls or reply to his text messages.

According to Baldeh, he asked for his money and was told that they were in the process of paying him his money, but they had paid some monies to the people in Denmark and Finland.

He went to the 2nd accused person’s office and asked for his receipt, after he paid the D105,000 because he wanted his money back.

The 2nd accused told him that they would conduct a meeting concerning his case, and that when Modou Mendy went to the meeting he would give him his receipt.

He said the accused persons were arrested, and taken to Bakoteh Police Station in connection with other people who paid monies.

He was informed by Modou Mendy that the accused were taken to the station, and that he should write his statement, which he did. 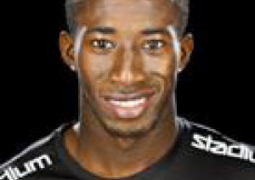 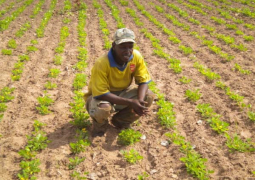