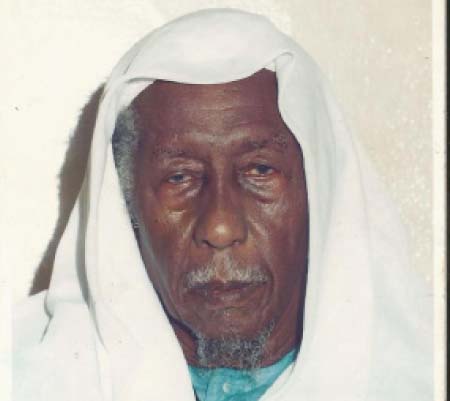 The death of venerable Caliph Sheriff Kebba Hydara of Brufut has inevitably invited the question on the lips of people here and abroad as to who next will take over and continue the legendary footprints of the great leader.

The 92-year-old Caliph who went to sleep late Friday evening was perhaps the single most respected religious personality in The Gambia, a magnet that attracts massive following and discipleship across the people of Senegambia and their many diverse and cultural and ethnic identities.

Three days after his demise one of his sons, Serigne Hydara, sat with reporter Lamin Cham himself resident in the town to retrace the footprints of the late Kebba Hydara.

Cham began with the question: ‘Who next will carry on the caliphate?”

According to Serigne, his father had raised and indoctrinated a family comprising people capable of continuing and even flourishing his legacy and service to God.

He would not give further details as it is still the early days of mourning.

The late Sheriff Kebba Hydara was born in Kanikunda in Badibu-Sanjal, where his father the late venerable Sheriff Nano Hydara stayed before moving to settle in the coastal town Brufut in 1929 with young Kebba and other members of his family.

Sheriff Kebba Hydara grew to become a great scholar of his father, always demonstrating the unbending virtues of old man which was hard work, reading and service to humanity.

In no time he became the closest son to the dad, more so because his other brothers were often away.

When the old Sheriff Nano Hydara died in 1960, it was unanimous that despite his relative younger age among few others older than him, Kebba Hydara should be proclaimed Caliph.

Fifty-four years later, Kebba Hydara died peacefully last Friday after establishing a caliphate whose influence transcends borders and nations, making him a bastion of morality and one of the few human faces of a decadent world.

“He never mediated conflict that remained unresolved. He prayed for the poor, the rich, the lame, the blind and even the outcast,’’ said natives of Brufut who knew the man from his twenties.

The late Sheriff Kebba Hydara did not believe in worldly wealth, sharing almost everything he had with those who needed it around him and beyond.

His annual Gamo held mostly in May is the most attended in The Gambia.

When news of his death filtered through the nation he was already buried apparently for fear of emotional disorder overcrowding of funeral attendees.

‘Even some people in the compound here did not know about it until when the coffin arrived,” said another of his sons, Sheikh Tijan Hydara, a former state minister.

“But by the time we laid him for prayers the news spread so widely that the burial was jammed packed despite our initial  efforts at concealing the bad news until later,’’ he added.

Parents, Society, Church and the Youth