Speaking at the presentation ceremony, the President of the Gambia National Paralympic Committee, Mr. Sulayman Colley noted that they have been participating in international competitions.

According to him, it is the first of it's kind that they have won a trophy.

He also thanked their sponsors Gambega and others during the championship, especially, the British Embassy who donated 13 sports wheelchairs to the team.

He also urged others to support disability sports for them to be able to showcase their potential. He further lauded President Jammeh for the kind assistance he has been rendering to them.

In conclusion, Mr. Colley supplicated God's mercy to shower his blessings on us, especially in this Holly month of Ramadan. He then appealed to the public to support the disabled during this month of Ramadan.

For his part, the Human Resource Manager for Gambega Limited, Mr. Saja Sambou, who expressed delight, on behalf of all the Gambega staff and management, thanked the Wheelchair Basketball team for their hard work during the competition.

Mr. Sambou further revealed that Gambega as a Coca-Cola company is not only engaged in supporting Wheelchair Basketball, but also other discipline of sports. He also urged other companies in the country to support sports.

According to him, it's a good sign of relationship because they have been supporting other sports.

He expressed hope that the relationship will grow from strength to strength. 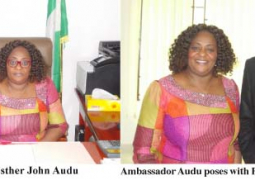