The inauguration ceremony held at the Bakoteh Fish Market and Ice Plant premises, was in commemoration of the Gambia’s 50th Independence Anniversary.

The reconstructed road, to the tune of $7.7million with a length of 7.5 kilometers from Westfield to Sukuta, also features a two-lane carriageway with bays and concrete sidewalks, drains, streetlights and traffic lights at major junctions.

The naming of the road as Mayor Colley Highway was attributed to Mayor Colley’s consistency and loyalty to the July 22nd Revolution and the APRC.

In her inaugural speech, Vice President Isatou Njie-Saidy said roads constitute a significant aspect of any nation’s development, and for proper economic progress to take place, the establishment of a modern road network linking major towns and cities, as well connecting remote locations is vital.

The road, which stretches from Westfield Junction to Sukuta town, is one of the critical links in the urban road network and provides access to a large population of the KMC and West Coast regional communities, VP Njie-Saidy said.

According to VP Njie-Saidy, the Serrekunda settlement to which the Westfield Junction leads, is one of the nation’s most densely populated areas and has what is probably the country’s most important and frequented markets.

The project complemented the recent investments made by the Gambia government in the upgrading of the Westfield-Mandinaba and Kombo Coastal Roads, which serve as links to major cities and towns in the Kombo area, said VP Isatou Njie-Saidy.

She added that the road project, which terminates in Sukuta where it is strategically positioned to connect, would soon be continue as the Sukuta-Jambanjelly Road, in line with the overall objective of the National Transport Policy.

The road provides a high standard road network for the population to facilitate free movement of goods and people.

The project, she continued, would contribute to poverty reduction, accelerated growth and development, hence lead to the realization of the national Vision 2020 of President Yahya Jammeh.

She thanked President Jammeh for his visionary leadership and the IDB, NAWEC, Gamworks, NRA, the consultant, contractor and all stakeholders for “a job well done.”

He regarded President Jammeh as a man of God, a man of faith and truth, and someone who is appreciative and supportive.

In his speech, Mayor Yankuba Colley thanked President Jammeh for the gesture and also dedicated the street to the people of the municipality for their support and commitment to the national call.

Mayor Colley reaffirmed his commitment to the government’s development agenda, adding that he would ensure “the level of development already attained is firmly consolidated.”

Gamworks Director General Ebrima Cham, in his remarks, said the Gambia government funded the reconstruction of the Westfield-Sukuta Road to the tune of D204 million with the assistance of the Islamic Development Bank, through the Gamwork Agency’s implementation on behalf of the government under the Transport, Works and Infrastructure Ministry and the National Roads Authority.

The project was completed four years ago. 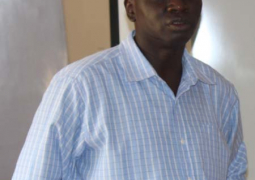