The meeting was meant to discuss the forthcoming activities of the association, which include the regional football league and other major competitions to be staged by the WCRFA in the region.

The WCRFA added that the regional competitions will commence in January through June 2014, adding that Nema United, Jambanjelly United, Foni United and Gunjur United will participate in the 2014 WCRFA third division qualifiers.

It would be recalled that the WCRFA recently concluded a familiarization tour in the region as they prepare to promote and develop football in the region. 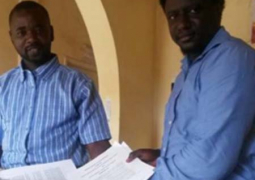