The communists and their like allege that colonialism is an inevitable phase on human development. They add that colonialism could not have been averted by any doctrine or moral principle since it was essentially an economic phenomenon resulting from a surplus in the production of industrialized countries and the need for foreign outlets for marking such surplus.

Needless to say, Islam does not recognize such nonsense about the inevitability of colonialism. Besides, the communists themselves say or profess that Russia will solve the problem of surplus production by reducing both working hours and workmen’s role in production. The solution which communism professes to have found may be used by other systems as well.

History bears witness that colonialism has been an ancient human propensity. It did not originate with capitalism although capitalism with its modern weapons of destruction rendered it more ferocious. As to the exploitation of the vanquished, Roman colonialists were more ruthless and monstrous that their modern counterparts.

History furnishes us with the best evidence to the effect that Islam has been the cleanest of all system as far as war is concerned. Islamic wars have always been free from exploitation as well as subjection of others. Therefore, if the industrial revolution had taken place in Islamic countries, Islam would have solved the problem of surplus production without resorting to war or colonization. Besides, it may be said that the problem of surplus productions is an outcome of the capitalist system in its present form only. In other words, if the basic principles of capitalism are changed, the problem would not exist.

As against this, the ruler in the Islamic sate shall not remain helplessly in different towards the problem of the accumulation of wealth in the hands of a few people while the majority is suffering from poverty and deprivation. Such amassing of wealth is contrary to the principles of Islam which expressly prescribed that wealth should be fairly distributed among all the people lest it should be confined to the rich only. The rulers in Islam are charged with the enforcement of Sharia (Islamic law) by all means at his command without any injustice or harm to anyone. In this respect, the ruler is invested with full and unlimited powers within the bounds sets by God’s law-the law that precludes the accumulation of wealth. We might refer in this respect to the law of inheritance which ensures that wealth left by each generation is properly distributed. Reference should also be made to Az-Zakat which prescribes that 2 1\2% of the capital and profit should be annually earmarked for the poor. In addition, Islam explicitly prohibits the hoarding of wealth. It likewise prohibits usury which is the basic factor in the accumulation of capital. Moreover, the relationships among the members of Islamic society are based on reciprocal responsibility rather than exploitation.

Such guarantees are not to be confined to officials of the state only. They are the basic necessities required by every person. They can be obtained in return for work done in the service of the state or through any profession or occupation from which society may benefit. If the state ensures the basic necessities for its officials it must also ensure the same for every working individual in the state. This is evident from the fact that the Public Treasury is responsible for supporting those who are unable to work owing to old age, illness, or childhood. The Public Treasury is also responsible for providing basic necessities to persons who cannot obtain them owing to the insufficiency of means.

All the above-mentioned facts emphasize the responsibility of the state to ensure by all means the basic necessities for workers. It is of no great importance as to by what means should such necessities be provided to the workers; what really matters is the principle which guarantees that profit and loss shall be equally shared by all members of the nation. By providing such necessities for workers Islam protects them against exploitation, besides ensuring a decent life for all.

Islam would not have allowed capitalism to grow into the monstrous forms which are presently prevalent in the “civilized” West. The Islamic legislations-whether originally prescribed by Sharia-or newly adopted to face new developments within the framework of Sharia-would not have allowed the capitalism to exploit the working people or suck their blood. Islam would have precluded all the evils of capitalism including colonization, war and the enslaving of people.

Islam, as usual, is not content with the mere enactment of economic rules and laws. In additions to law, Islam also makes use of moral and spiritual incentives which are satirized by the communists because they see that such values have no practical significance in Europe. But in Islam moral and spiritual values are not separated from practical considerations. Islam has a unique manner of combining and harmonizing both the purification of the spirit and the organization of the community. The individual is never left to wonder how to reconcile the ideal with the practical. Islam formulates its legislations on a moral basis so that the moral values are always in harmony with the legislations. In this way, each side supplements the other without any fear of conflict or divorcement.

Islamic morality prohibits and discourages all forms of luxury and sensually which are the inevitable results of the amassing of wealth in the hands of a few people. Along with this, Islam also prohibits being unjust to employees or underpaying them. As the amassing of wealth is an outcome of injustice to employees, it invariably means that it must also be discouraged. Islam calls on the people to spend their money in the way of God-even if that should lead to disposing of all one’s property. It is because the rich people spend their money on themselves rather than in the way of God that the Majority of the people live in poverty and deprivation.

The spiritual elevation of men brought about by Islam brings them closer to God and makes them renounce all worldly pleasures and profits in striving to attain God’s pleasure and in expectation of His recompense in the other world. There is no doubt that a man who keeps his peace with God and has faith in the other world, in heaven and hell, will not rush madly for the amassing of wealth or resort to exploitation it injustice for the realization of his selfish ends.

In this way the moral and spiritual edification will pave the way for economic legislation which aims at curbing the evils of capitalism. Consequently, when such legislations are made they are sure to be compiled with not because of fear of punishment but rather because people would be according to the dictates of their conscience.

In conclusion, it should be made clear that the monstrous capitalism which is currently prevalent in the Islamic world is not a part of Islam and consequently Islam cannot be held responsible for its evils. 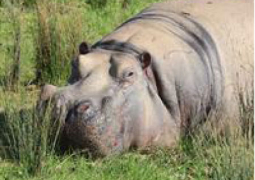