As part of their contribution in the development sports in Gunjur village, the Gunjur Youth and Sports Development Association (GYSA) has opened a new web site.

Speaking to Pointsports recently Mr. Buba Bojang alias Bada, chairman of Gunjur Sports Development Association, stressed the importance of the web-site adding that, "it will facilitate readers from different areas to know the situation on the ground as far as Gunjur sports is concerned."

Mr. Bojang then thanked Mr. Lamin Jammeh and Peta for providing this web site for (GYSA).

In his part Alieu Jabang alias Morinho, head coach of NAS FC who spoke on behalf of his fellow coaches thanked the sports Committee for acquisition of the web site they created and called on all teams to co-operate in maintaining the web site in a very efficient and cordial manner.

The web page can be viewed on www.gysda@83.net 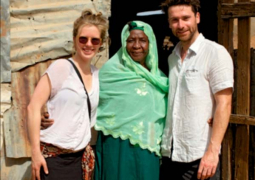