We need to work hard - Chorro 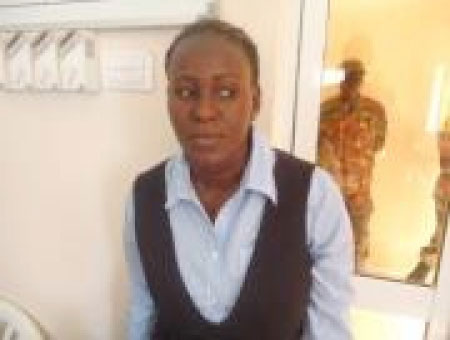 Chorro Mbenga, assistant head coach of the Gambia women U-17, who is delighted and honored for the team’s qualification to the World Cup in Azerbaijan, has said that during the team’s reception on Tuesday at the Kairaba Beach Hotel they were encouraged to prepare well ahead of the finals.

“Therefore, we need to work very hard to achieve excellent results,” she said, adding that the recent victory is a very important one for the Gambian people but emphasised that the team needs to work harder for the world outing this summer.

She said that all eyes are on them so they have to start working very hard. “To achieve something we really have to work for it and we have worked for it and are ready for it,” she said, adding that they have to respect the female league since they cannot really have a national team without a female league, through which they would be able to get to the World Cup.

“The females have to be respected and given their due,” she added, saying that whatever the boys are benefiting from in the league, the girls should also benefit from it.

Mbenga, who has worked very hard and spent the most part of her life in football, thanked the former GFA executive Seedy Kinteh, who showed them the way. She said they would continue to work with the new GFA normalization committee.