The Gambia National Olympic Committee (GNOC) last Wednesday held another meeting with representatives of the various companies and institutions that are aspiring to participate in this year’s event at the GNOC Resource Centre on Bertil Harding Highway.

The meeting among other things was organised in their efforts to review some of the rules and regulations governing the one-day event organised by the GNOC, as they join colleagues from other parts of the world in observing the day put aside by the workers union on May 1 every year.

The Executive Secretary of the GNOC, Lawrence Bruce, who is also the chairman of the committee, explained the rules and regulations in detail but two main issues were critically looked at, over which the meeting could not come to any agreement.

The argument was that some of the rules could be amended in favour of new ones, or they should remain as stipulated.

Meanwhile, it was agreed by almost all the companies present at the meeting that instead of 30 participants per company, it should be increased to 40 in which the other 10 people will be responsible for the logistics.

However it was also proposed by one of the participants at the meeting that national athletes should not be allowed to participate since the event is organised for fun.

This proposal did not go down well with some of the members, and the general body agreed that it will be looked at in the next meeting, which was still taking place by the time of going to press.

Previous:
Gambian referees back from Mali
Next:
We need to work hard - Chorro 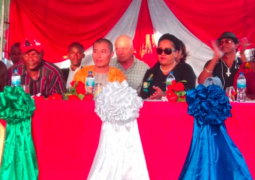 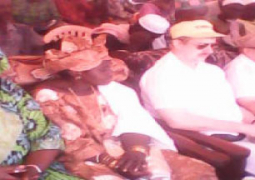