Abdoulie Bojang, head coach of Steve Biko FC, has said his team could win both the league and FA Cup this season.

Lie Bojang, who was speaking to reporters following his side’s 2-1 win over Samger FC in their week-fourteen encounter played at the Banjul Mini Stadium, added that they only won the match but are yet to achieve the league title.

They would also continue to fight for the FA Cup to win the double this season, he said, adding that they will compete for both trophies and will prepare very well for the FA Cup.

“Winning the FA Cup is not difficult since it is a knockout format,” he said.

He also said he was very happy about the win over Samger FC because it was important for them, as Real De Banjul lost earlier on Saturday.

Despite that most of his regular players were absent for the game, he always believes in the potential of all his players.

“What is more important for the players is to know the team’s requirement,” he said.

Coming into the game they knew it was a chance for them to open up the gab at the top since Real De Banjul FC had lost earlier on, he noted, saying his team has improved a lot compared to previous seasons when they were struggling.

“We hope to continue the momentum,” he added.

Bojang stated further that the presence of Abdou Jammeh, alias T. Boy, in the team would also help them.

The experience of Assan Jatta, who is currently in , will also boost the morale of the team when he is back in the country but coach Bojang was quick to add that they had been doing well even without these two players. 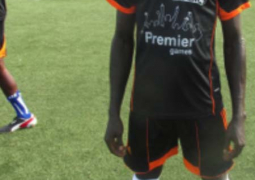