Gambia to rub shoulders with Mali in CHAN Qualifiers tomorrow

The Gambia will clash with Mali in the first leg tie of the 2018 CHAN qualifiers tomorrow, Saturday, 15 July 2017, at the Independence Stadium at 4.30pm.

Tomorrow’s meeting will be the first-ever meeting between The Gambia and Mali in the continent’s second biggest football gala CHAN competition qualifiers.

The Gambia and Mali have played each other in Zonal two football tournament, African U-17 and U-20 Youth championship competitions.

The home-based Scorpions under the guidance of coach Alagie Sarr and charges will be striving for a massive win against the Malians come tomorrow to increase their chances of qualifying for the second round of the qualifiers.

The Eagles, on the other hand, will be fighting to beat The Gambia in the first leg in Banjul tomorrow to improve their hopes of qualifying for the second round of the qualifiers. 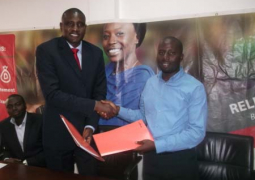