The manager of Gambia Football Association's female league first division side, Future Bi, Momodou Demba, has blamed his team's under-performance in this year's league on the unfinished process of rebuilding the team. He said: "We are trying to put up a new team. This is because most of my former players have obtained security jobs. Others are worn up while the few remaining are seeking for transfer to other teams in the First Division and are yet to effect that process."

Since the commencement of the GFA female league, Future Bi suffered heavy defeat from its opponents. They were subdued in a serious 8-0 defeat by Red Scorpions in the opening.

Makasutu increased the margin a week later by 10-0.

Last Saturday, they suffered the heaviest defeat in the hands of Abuko United who trashed them by a goal margin of 15-0.

According to Demba, because of the issue at steak, he had to recruit new players from .

He said: "Unfortunately, the commencement of the league coincided with the promotional exams of these players. This has affected us greatly. The team has not trained. They are called straight to come to the field to play during our matches, which resulted to us being beaten by our opponents."

Demba however disclosed that as part of efforts to improve the performance of the team, he went to Soam village and brought additional 12 players who played in their 15-0 defeat by Abuko United last Saturday. "Their lack of experience made them lose over the weekend despite playing a good game over Abuko United. If there is no other option, we will maintain the players and if we could not make it to the First Division and relegate, we will make a proper scouting of players," he posited. 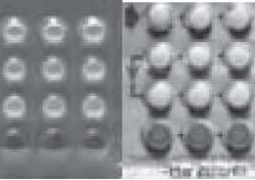