"We Are Going For A Win" Lamin Sarr

The head coach of the national U20 team Lamin Sarr has expressed that he and his team are going for a win in .

Sarr said, "We are going for a win in . I have confidence in the team and we are well prepared for the game."

According to coach Sarr the team is intact and the players are well motivated and the mood in the camp is very high. We will be travelling with a 25 man delegation including the players".

He said that the technical staff are well prepared for the encounter and we have confidence in the team, Lamin Sambou, alias L S, will be assisting me alongside with Franco Cresentiny, the goal keeper trainer."

Coach Sarr made these remarks while talking to Pointsports yesterday at the Seaview Garden Hotel where the team was camped.

In his remarks the team's captain Pa Modou Jagne also expressed confidence and satisfaction in his teammates. "I am very satisfied with the team and have confidence in my colleagues. We all know that it will not be an easy game at all when playing away games but with the prayers of all Gambians by the help of God we will win", he said. He then called on all the Gambian population to give them support to come with victory.

Also speaking to Pointsports the team manager, Lamin King Colley, said that despite the absence of some of the professionals they would come with victory by the help of God

"We have a team that is willing and ready to deliver. All we need is the prayers of the general public and their support," he stated.

Meanwhile the team has left yesterday for where they will be connecting their flight to at 4am for their encounter with the Black Stars of Ghana which game is slated for , in .  The return leg is slated for the fortnight after the first leg in .

NISA to host 700 delegates from Senegal 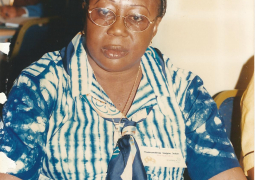