The coastal town boys are mid-table with three points in one game, following their slender win over Foni Berefet in their opening fixtures.

Brikama are currently rooted at the bottom with zero points in two outings, after losing to the league champions, Jambanjelly United, and runners-up Gunjur United 2-1 respectively, and will be hoping to recover against Brufut United to move away from the relegation zone.

Foni Berefet will meet newly-promoted side Sanchaba Sulay Jobe Football Academy at the Bulock football field; the Foni-based outfit has a point in one game, from their 1-1 draw with Nema United at the weekend, being their first point in the current league campaign.

On Sunday 1 February 2015, Sifoe United will play against the league champions, Jambanjelly United, in an all-Kombo South derby game at the Sifoe football field.

Sifoe United are mid-table with three points in one game, with a game in hand, and Jambanjelly United are third place with 4 points in two games.

The Sanchaba outfit are mid-table with three points in two games, and will be hoping to bounce back after losing to Sifoe United 1-0 at the weekend.

Nema Youths will take on Kombo Kerewan at the Dembadou mini stadium; both sides are struggling in the league, and they will be coming all-out for a win to move from the relegation zone.

Elsewhere, Gunjur United will welcome Nema United at the Gunjur Nyamina football field. Gunjur United won their two opening games against Kombo Kerewan and Brikama 1-0 and 2-1 respectively, and will be looking for victory against visiting Nema United on Sunday, in order to grab the maximum three points and maintain their hundred percent record so far in the league. 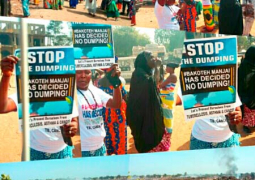