The West African Network on Peace Building (WANEP) The Gambia Chapter, in collaboration with local communities recently commemorated the entry into force of the convention on the banning of Cluster Munitions Coalition (CMC), in the form of presentation and march-past across the street of Basse to Mansajang, led by Basse scout troop.

Speaking at the occasion, the Programme Officer for WANEP-Gambia, Mr. Lamin .O. Ceesay stated that "as we celebrate this day, 30 states have ratified the international convention banning cluster munitions, meaning the convention has become a binding international law." He noted that from today onwards, the international community has declared illegal the use, production and transfer of cluster bombs. He added that deadlines for destroying stockpiles and clearing contaminated land will soon commence.

According to him, "cluster munitions are devastating for their wider area effect, virtually guarantee civilian casualties when they are used in populated areas."

"Thus, many of the sub-munitions do not explode on impact as designed, causing civilian causalities for months or years to come," he said, adding that owing to its devastating effects in February 2007, forty-six governments met in Oslo, to endorse a call by the Norwegian Foreign Minister Jonas Gahr Store to conclude a new legally binding instrument that prohibits the use, production, transfer and stockpiling of cluster munitions.

He stated that in May 2008, over 100 countries had participated in the final negotiations and agreed to the treaty, which was opened for signature from 2-3 December 2008, in .

To him, this historic achievement is a deep sense of fulfilment on the side of WANEP-Gambia as a member of the Cluster Munitions Coalition (CMC), an organisation committed to building lasting peace in .

He noted that this treaty requires states to destroy existing stockpiles within eight years and clear contaminated land within ten years. He revealed that the obligations relating to victim assistance are groundbreaking for they demand the full realisation of the rights of people affected by cluster munitions and require states to implement effective victim assistance measures. 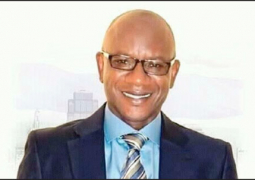