The 7th edition of the memorial tourney, which however attracts a massive turnout of Basketball lovers, saw Wallidan emerge the champions, as they secured 53 points 17 more than their title contender YMCA, who could only managed 35 points.

As the champions, Wallidan Basketball Team was given an award for their heroic performance as they went home with canned drinks, and T-shirts with inscription of the picture of the late Pa Modou Sarr.

The runners-up YMCA Basketball team also received canned drinks, T-shirts that also have picture inscription of the Late Pa Modou Sarr, who died in the United States of America after he was involved in a tragic accident when returning from a basketball match in the US in 2004. 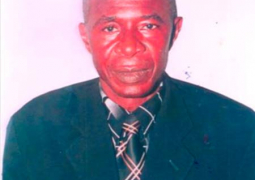