The record champions’ hopes of staying in the topflight next season have suffered yet another setback following their 2-0 defeat to current league leaders Gambia Ports Authority in the Week 18 fixtures played at the Banjul KG5 Mini Stadium on Sunday.

Wallidan, who are currently struggling second from bottom, came into the game with the objectives of collecting maximum points against Gambia Ports Authority (GPA), moving away from the relegation zone and staying on the topflight of next season.

They made fascinating start to the game and created goal-scoring chances but squandered all of them.

Wallidan responded back for an equaliser and created few goal-scoring chances but failed to capitalize on them, thus the game ended 2-0 in favour of Gambia Ports Authority.

Hawks thrashed Samger 3-1 at the Serrekunda East Mini Stadium, Armed Forces beat Steve Biko 1-0 at the Independence Stadium in Bakau, while reigning league champions Brikama United were held to a goalless by city boys Real De Banjul in the other Week 18 fixtures played at the Brikama Box Bar Mini Stadium on the same day.

Brikama United, Young Africans and Samger have each collected 23 points in eighteen games. 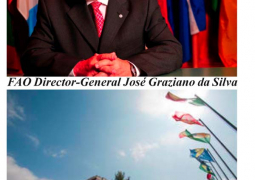