Young Africans last Sunday defeated the defending FA Cup champions Wallidan 2-0 in the quarter finals to advance to the semi finals of the Gamtel sponsored FA Cup champions at the Brikama Mini Stadium.

The keenly contested game was dominated and controlled by the defending champions Wallidan who occasionally made goal attempts, but failed to capitalise on their chances.

Young Africans who were sitting back and only relied on counter attacks opened the scores in the 6th minute of play through Sainey Touray from a close range, following a defensive slip by Wallidan.

Wallidan although fought back and created several goal scoring opportunities in front of Young Africans goal mouth, they were unable to break the deadlock leaving the first half ended 1-0 in favour of Hadenton  Street Boys.

In the 88th minute of play Young Africans goalkeeper Baboucarr Bah missed a penalty after Young African star striker was brought down inside Wallidan eighteen yard area. In the 93rd minute Wallidan were reduced to ten men when Captain Muhammed Davis was sent off for unsporting behaviour. Sainey Touray sealed the victory in the 94th minute from a free kick as he registered his second goal of the game.

Elsewhere, Gamtel also advanced to the semis after edging out Academy Boys Samger 2-1 at the Independence Stadium. Gamtel goals were scored by Kabba Jobe and Buba Sanyang, while Samger lone was scored by Lamin Samateh

The fixtures for the semi finals are as follows. 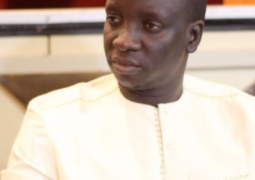