The second prosecution witness (PW2), Buba Drammeh, told the court he knew the accused and had had transaction with them.

He said he was introduced to the accused by a friend called Victor Mendy, who told him he Victor knew a person who could produce a Sengem Visa, and later gave him the telephone number of the 1st accused, Bakary Jaiteh.

“I then went to the 1st accused with Victor and we had a discussion with him. I told Jaiteh that my father had gone to the province but when he returned I would call him,” he said.

“When my father came, I called the 1st accused, Bakary Jaiteh, and he came to our compound, and my brother, Lamin Drammeh, gave him D30,000 in the presence of Victor and myself at the petrol station in Bundung,” PW2 added.

After two weeks, Jaiteh called to say the visa was out and they should meet at Westfield so he could deliver it to them, he said, adding that they went to Westfield and Jaiteh later called and told them to go home until the following day.

Still testifying, PW2 said the following day, he delivered the visa and asked them to go to Holland airline to confirm it, adding that at the Holland airline, they were referred to the airport for confirmation whether it was an authentic visa or not.

He said the total sum of money given to the 1st accused was D125,000, and it was his father who sent the cheque for D95,000 in the name of the 1st accused, Bakary Jaiteh.

The witness identified the said cheque and it was admitted in evidence as exhibit.

Bakary Jaiteh, the 1st accused, then called his friend Victor, informing him that he the witness, Buba Drammeh and his brother Lamin Drammeh, would be leaving for Sweden, he said.

“I then left for Dakar with the second accused, Nfamara Marong. I did not board the flight but I went to the airport as the visa was lost,” he told the court.

The first accused then called them while in Dakar and told them to come back home as he would provide another visa, he stated. 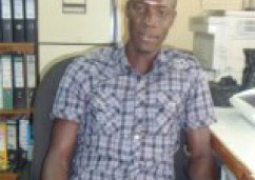