Wallidan on Tuesday beat Banjul United 3-2 in the all-Banjul derby fixtures played at the Banjul KG5 Mini Stadium to bounce back in the 2016-2017 Gambia Football Federation second division despite their 2-1 defeat to BK Milan in their previous fixtures.

The Blue boys lost to BK Milan 2-1 in the eleven fixtures before their city derby clash with Banjul United.

Banjul United managed to score two, which eventually proved to be a consolation goal for the Banjul-based outfit in the game.

Elsewhere, BK Milan beat Lions of Banjul 1-0 in the other re-scheduled fixtures played at the Independence Stadium in Bakau. 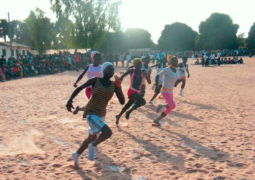