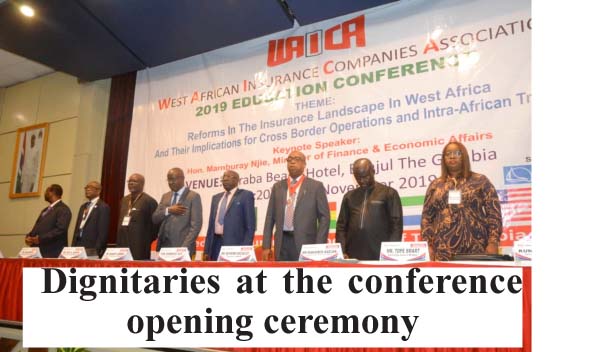 At least 150 insurance professionals from across West Africa on Friday ended a two-day conference to discuss strategies to position the insurance industry to proactively leverage on the opportunities of the African continental free trade.

The theme of the two-day biannual education conference of the West African Insurance Companies Association (WAICA) was ‘Reforms in the insurance landscape in West Africa and their implications for cross-border operations and intra-African trade’.

The sub-regional meeting was hosted by the Insurance Association of The Gambia (IAG) from 21 – 22 November 2019 at a hotel in Kololi.

Speaking on the occasion, WAICA, President Raymond Macauley, said the conference afforded the insurance players the opportunity to discuss the implications of African free trade initiative which has the potential of fostering wealth and development in the West African sub-region and Africa as a whole.

He noted that the theme for the conference was well chosen given that various countries in the West African sub-region were introducing radical reforms in their financial sector, including greater focus on insurance regulation.

IAG President Makaireh Badjan said WAICA conferences offer a unique opportunity that allows industry professionals and all other stakeholders to interact, network, share experiences on innovation and opportunities to develop the industry.

He said the just ended conference was designed to provide the participants with a very good opportunity to have a greater insight into emerging reforms in the insurance industry and their implications.

The Finance and Economic Affairs minister of The Gambia, Mambury Njie, said the West African insurance landscape has been subjected to various reforms over the years.

In a speech read on his behalf by the Interior minister, Mr. Njie said these reforms include the regulation and supervision of the insurance sector by independent autonomous bodies, the promulgation of local contents laws as well as the legislation of certain compulsory classes of insurance.

Dr. SeekuAK Jaabi, first deputy governor of Central Bank of The Gambia, said the implications of cross-border insurance are far reaching, enabling the industry to take advantage of economics of scale, build synergies and exploit opportunities in the region.

“It is hoped that together with other regional and continental efforts aimed at achieving financial education and development, we would sooner rather than later improve on the low 0.8% insurance penetration rate in Sub-Saharan Africa, far below the global average of D6.13%,” he said.

However, despite the low penetration rate in Sub-Saharan Africa, insurance risk cover has increased considerably in the last decade from 4.5 million to 60 million risks.

The first topic of discussion at the conference was ‘Recent reforms in the insurance landscape in West Africa: the pros and cons’.  This was delivered by Mr. Justice Ofori, Commissioner of Insurance, Ghana, and Ms Rachel V. Emenike, managing director and chief executive officer of IGI Plc, Nigeria.

The second day featured presentation on ‘Mergers, acquisition and cross-border synergies … with specific reference to the insurance industry’.  This session was presented by Mr. Donald C. Kaye, managing partner, PKF, The Gambia.  The session was chaired by Gambia’s very own Abdoulie Touray, managing director of Sahel Investment.

On the sidelines of the conference, the WAICA Governing Council held a meeting, and the West African Insurance Supervisors Association (WAISA) also had a convergence. 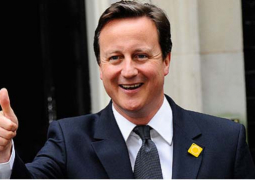