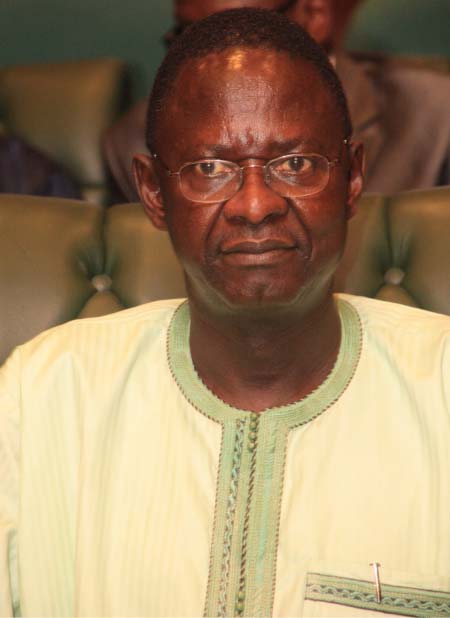 The International Monetary Fund Wednesday called on The Gambia to restore macroeconomic stability in order to realize the country’s strong economic potential.

In a statement issued at the end of a mission to The Gambia to review the policy implementation under the Gambia’s Extended Credit Facility-supported program with the IMF, the IMF said while it supports the government’s development agenda outlined in the Program for Accelerated Growth and Employment (PAGE), these development plans can only be fulfilled under conditions of sustained macroeconomic stability.

Below is the full text of the IMF statement:

A mission from the International Monetary Fund (IMF), led by Bhaswar Mukhopadhyay, visited Banjul during November 7- 20, 2013, to review policy implementation under The Gambia’s Extended Credit Facility-supported program with the IMF.

At the end of the mission, Mr. Mukhopadhyay issued the following statement:

“Real GDP growth, driven by a continued recovery in agriculture from the severe drought of 2011 and a strong start to the tourism season, is expected to reach 6-6½ percent in 2013, up from 5¼ percent in 2012. Inflation has also edged up since January 2013, increasing to 6.1 percent in September 2013 from just below 5 percent at end-2012, largely due to a weakening of the Gambian dalasi.

“However, fiscal and external imbalances have continued to widen. With sharply higher than budgeted levels of current spending, the fiscal deficit is expected to reach almost 8 percent of GDP in 2013 and push domestic borrowing above 6 percent of GDP. Together with a tightening of the monetary policy stance, this has led to interest rates rising significantly and the domestic interest bill growing to more than 25 percent of domestic revenue in 2013. Public debt is projected to exceed 80 percent of GDP at end-2013.

The expansionary fiscal stance has also contributed to increasing pressures on the balance of payments—the level of gross external reserves is expected to fall to about 4 months of imports by the end of the year with persistent pressures on the exchange rate.

“To realize Gambia’s strong economic potential, it is imperative to restore macroeconomic stability. The mission supports the government’s development agenda outlined in the Program for Accelerated Growth and Employment (PAGE). This agenda emphasizes an acceleration of real GDP growth and employment led by the private sector. These development plans can only be fulfilled under conditions of sustained macroeconomic stability.

“To that end, the mission recommends implementing policies that would address these imbalances and set in motion a virtuous cycle. In particular, fiscal policy should be tightened using a combination of revenue and expenditure measures with the objective of lowering net domestic borrowing to 2.5 percent of GDP in 2014. This would allow the Central Bank of the Gambia to loosen somewhat the tight monetary policy stance, domestic interest rates to decline, and the resulting lower domestic interest payments to create room for spending on priorities identified in the PAGE. It will also provide room for credit growth to the private sector and thus boost GDP growth.

“Addressing the fiscal imbalances will help contain public debt, reduce inflationary pressures and ease the pressures on the exchange rate. In turn this should restore confidence in the dalasi and allow official reserves to rise above 4 months of imports. Since Gambia is a small open economy that is vulnerable to a wide range of external shocks, rebuilding international reserves buffers, which serve as a shock absorber, should be a priority.

“The mission welcomes the determination expressed by the Gambian authorities to take the necessary difficult measures to restore macroeconomic stability. The IMF stands ready to help the authorities in their endeavour. Strong policy implementation would serve as the basis for presenting the 2nd ECF review for the IMF Executive Board’s consideration in the second half of 2014.

“The mission thanks the authorities for candid and constructive discussions and expresses its appreciation for the excellent cooperation during its visit.”