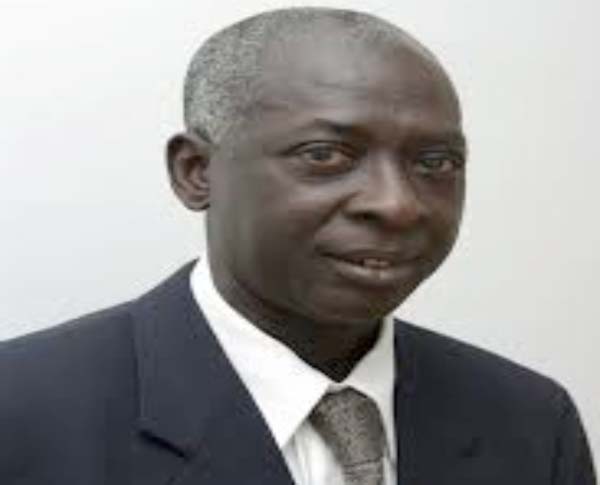 Bai Matarr Drammeh, president of the Federation of West African Chambers of Commerce and Industry (FEWACCI), has said the West Africa Constellation Programme (WACP) would create job opportunities for Gambian youths, if investors invest in the country as anticipated.

This would improve the socio-economic status of the country and job opportunities for Gambian youths, he said.

FEWACCI, which has its secretariat in Abuja, Nigeria, and an office based in The Gambia, is expected to hold an investment forum in The Gambia in early 2016, he added.

Mr Drammeh made these remarks in an interview with The Point at his office on Kairaba Avenue recently.

He added that the WACP programme has a division of labour, and he is the contact person responsible for linking the programme to potential and reliable agents within the ECOWAS member countries for investment opportunities within the sub-region.

His role in The Gambia is to level the ground for investors to interact with local potential investors, based on their investment areas, for Gambians and non-Gambians residing in the country to participate in the forum to better interact and network for investment opportunities in The Gambia.

“What I try to do is to make sure that we do not waste too much of time receiving investors, only to talk, and at the end of the day nothing happens, because I want results, not only talking,” said Mr Drammeh.

He added that Gambian investors are not exposed to that huge money required in establishing a motorcycle factory, and could not take a loan from banks with 26 per cent interest.

The West Africa Constellation Programme will be useful for Gambian youths, especially if the motorcycle factory came into being, which would create job opportunities for Gambian youths and also promote sustainable economic growth of the country, he continued.

“Furthermore, we are also expecting a big-time investor in the area of agriculture, and another investor is interested in building a pasta factory that would produce pasta in The Gambia and export pasta to other countries within the sub-region.”

He said this would create job opportunities for Gambian youths, and thereby The Gambia would become an exporting nation which would raise the economic status of the country to another level.

According to him, the greatest constraints hindering trade within the sub-region are centred on the free movement of goods and services within the sub-region, such as the security checkpoints, adding that one would spend time just to move goods from one country to another inland.

“As a federation, we are making efforts to address this constraint, but if we call ourselves ECOWAS we should allow free trade movement of goods and services within the sub-region.”

Trade is what makes countries rich, and if movement of goods and services are delayed it means we are delaying our countries’ development,” he continued.

Without trade, there could not be any meaningful development, because all products are traded including the agricultural products; as such trade should be encouraged by simplifying it for people, goods and services to move freely within the sub-region, he went on.

The programme is dealing with the whole sub-region as far as investment is concerned, including issues of interest at the private sector, free movement of people, goods, services and capital as well as total integration.

Although, he noted, it had not been quite easy they are working very hard on it to ensure there is total integration, and in this they need to have all the 15 governments to recognize the fact that heads of state have signed this protocol on free movement of goods and services, at the ECOWAS level, and it should be implemented by member countries within the sub-region without any hindrance.