In her official launching statement, Vice President Njie-Saidy said for every maternal death in , 20 to 30 women develop long-term or life-long complications.

She pointed out that the main objective of CARMMA is to accelerate the availability and use of universal access to quality health services, including those related to sexual and reproductive health, which are critical for the reduction of maternal and newborn mortality and morbidity.

Dr. Njie-Saidy noted that, in The Gambia, significant strides have over the years been registered in both maternal and child health outcomes, adding that the maternal mortality ratio has been brought down from 1050 to 730 per 100,000 live births between 1990 and 2001.

"Despite these gains, our set target for Millennium Development Goals (MDG) 4 and MDG5 - to reduce maternal mortality ratio to below 262 per 100 000 live births by 2015 poses a tough national challenge," she added.

She noted that, according to the WHO global statistics, approximately 536,000 women die either during pregnancy, childbirth or after delivery of the baby.

"Ninety nine percent of these deaths occur in developing countries and mainly Sub-Saharan Africa, and these figures are better understood when put in context."

Deputizing for the Minister of Heath and Social Welfare at the ceremony, the Minister of Tourism Fatou Mass Jobe-Njie stated that maternal mortality accounts for up to 18% of the disease burden in developing countries and, in Sub- Saharan Africa alone, it is responsible for 3.2% of disability.

She said the African Ministers of Health in 2009 recommended that maternal infant and child health be high on s development agenda, adding that at the 12th AU Assembly of Heads of State and Government, the campaign for CARMMA was launched.

She noted that, despite the impressive performance made by the Ministry of Health in the area of maternal health, they are still faced with tough health system challenges.

The chairperson of the National Women's Council, Fatou Mbye, speaking on the occasion, highlighted some of the root causes of the high maternal mortality rate in the , including the high fertility rate of 5.9% per women of child-bearing age. 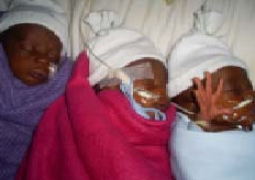