Women's conditions and empowerment can now be described as a continental issue, as almost every African leader has realized that women's issues should be addressed positively since the development of any nation lies in the hands of its women. Though women have not got all the rights they are supposed to have, one can say now we are already near the end of the race. There is a saying that if you empower a woman you empower the whole nation, which I guess is the priority of every head of state. Recently our vice president and Secretary of State for women's affairs and the National Women's Council, hosted the ECOWAS Gender Development Centre meeting for member countries' ministers of women's affairs on the strategic plans of ECOWAS at Jerma Beach Hotel Banjul, which shows the clear manifestation of the struggle our leaders are performing in order to empower and enlighten every woman, down to the grassroots level, the meeting which was attended by various women across The Gambia and the other African countries was one of its kind, and very interesting and important issues were discussed, and exchange of ideas was done on how the government of ECOWAS member states can adopt the strategic plan. After the meeting SHE SHE SHE anchor was lucky to talk to some of the participants from different countries on their individual opinions about the meeting and how it will help the women if adopted. Please read:

It's very worthy, good work and timely, because we have been praying for it to happen, as a gender ECOWAS focal point, we have been debating it on several occasions, and we are praying for opportunities, for us to assemble the member state ministers, in the sub region. It will be adopted if we take it to the governments; I'm sure the ministers will lobby, which is good, because it helps the message to go faster, because even when we say 'gender', many think it is about women, but gender stands for both men and women, and gender is a definition for any mortal, it's part of roles and responsibilities ascribed to us as individual beings. When you talk of gender they think it is a cut-across issue. The meeting is very interesting, and the agenda on gender mainstreaming is sort of to break the iceberg at least for the people to know that when we say gender it is not let me do 50% and you do 50%. No, it's responsibility matching. If this is a bridge, you take it from here and I take from there, it comes to the middle.

SSS: How do you think women may be able to help if the document is adopted?

FYK:Well it will help women greatly; it will serve as eye opener, enlightening women in all spheres of life economically, morally, socially, and culturally, they will know their rights as human beings.

I think we had a successful meeting and I believe its success is not that everything went on well, but it is because what is set out to do I believe the ECOWAS and ministers of women's affairs will both do it. The adoption of the document is left with member states because if you take it to a country, you want to adopt they will push it aside because we are Africans. We pay a little service or attention to women's affairs, so I would say that if only our ministers who came here push the document in cabinet and make sure that it is adopted, then it will go a long way and will help to advance the women in the African sub-region.

It is a very good initiative to convey this kind of high level meeting where we can discuss with gender ministers about the financing gender equality. We think that is the best way to get ECOWAS to be more sensitive to the issue of influencing micro economic development, and this meeting is of high quality, very good documents were given out to participants, and I'm sure it will make a great impact.

This meeting is a landmark achievement in the annals of The Gambia's gender history; we are able to achieve this because of the help of God and the leadership and all stakeholders' commitments. This is a regional opportunity to achieve integration among ECOWAS member states. The is no stranger in making a lot of advances in ensuring that women take centre stage in development activities. One great achievement is that The Gambia is a force to reckon with in setting very good examples in ensuring that we are in top management positions both in public and private sector levels.

The meeting is very much educative. In terms of mainstreaming gender and women empowerment, another high point of the meeting was the training although it was not in-depth training but we were given ideas and copies of manuals on gender mainstreaming, which too is very much in place, in that we can give focus in terms of training,  and a training need for gender and women's empowerment'. The ideas will not be scattered this time around because we have something to look back to, we are taking back the document to different countries so that we can give focus when we want to train people on gender mainstreaming. 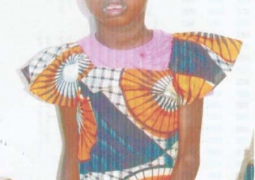