Halifa Sallah, secretary general of the opposition party, the People’s Democratic Organization for and Socialism (PDOIS), has said that a voter’s card is a symbol of the sovereignty for every citizen.

The card also signifies the equality of every citizen as a Gambian in the country’s democratization process, he added.

According to the opposition leader, the card it is also an embodiment of powers, and the voice of a citizen to determine the government of a country.

Mr Sallah made the remarks at a press conference held at the People’s Center at Churchill’s Town on Sunday 27th March 2011.

According to him, every patriotic Gambian at the age of 18 should obtain a voter’s card because it is the voter’s card that will give one the powers and voice to determine the leadership of the country.

“Any Gambian at age of 18 who does not have a voter’s card, then that person is not fit to be a citizen of The Gambia because he or she cannot determine the destiny of the country,” he stated.

“It is this voter’s card that determines who is to be a President, Member of National Assembly, councilor etc; who is going to manage their affairs,” said Sallah.

The opposition leader went further to say that it is not sufficient alone to have a voter’s card, but  to understand what one’s interest is and what will make him or her free and prosper.

“A Gambian who sells his or her voter’s card has sold his or her powers and voice, and that person is a slave; and he or she has no moral authority to demand for prosperity and the dignity of the country,” said Sallah.

He noted that a citizen who votes must be a conscious citizen ,who should be able to scrutinize and criticize what is going wrong in terms of prosperity and liberty.

He said the current constitutional provision has established the country’s sovereignty as a republic, adding that The Gambia can never be a monarchy.

Sallah said PDOIS will challenge the amending of the chieftaincy elections in the constitution, and the amendment of the second round of voting, removal of chairperson of IEC, instead of setting up a tribunal, among a host of other things.

According to Sallah, the objective of the briefing is to inform the public of the efforts made by PDOIS in preparing the Gambian people for the coming electoral cycle, which is the most decisive period in the history of The Gambia.

He said no one among the PDOIS leadership is hungry for the power or has the mentality of a divine right to rule over Gambians. 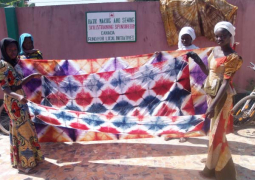 Trek carefully, Instability is a hallmark after dictatorship 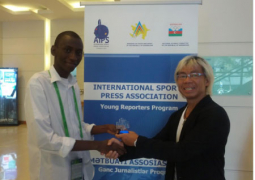 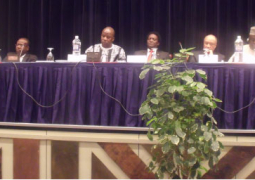