Vidar set to contest with Luneburg for Bakau League title

Vidar are set to fight with Luneburg for the 2015 Bakau league title after winning their semi-final matches played at the Real De Banjul football field at the Independence Stadium in Bakau at the weekend.

Vidar progressed to the league final following their penalty-shootout win over Kachikally United, after a goalless draw in the regulation time in the semi-final game played on Saturday.

Luneburg advanced to the league following a penalty-shootout win over Mamakoto, after the regulation time ended 1-1 in the other semi-final game played on Sunday.

The date for the league final between Vidar and Luneburg will be announced later by the Bakau Sports Committee.

Meanwhile, Njambii will meet Kachikally United in the 2015 Bakau knockout semi-final on Tuesday.

Njambii will be aiming for a victory against Kachikally United to sail to the knockout final following their exit from the league competition.

The Kachikally-based outfit will be hoping to recover against Njambii in the semi-final to seal a place in the knockout after losing to Vidar in the league semi-final at the weekend.

Vidar will host Magadan in the second semi-final match on Wednesday 13 October 2015.

Vidar will also be fighting for a win against Magadan to make it to the double finals in the Bakau summer biggest football fray after booking their ticket to the league final at the weekend.

Magadan, on the other hand, will also be looking for a victory against Vidar to progress to the knockout after exit from the league competition. 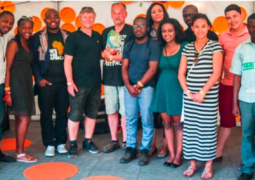