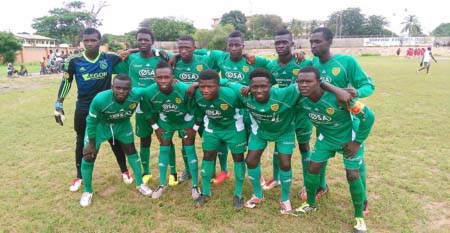 Vidar FC on Friday hammered Senior Lions 6-2 in the ongoing Bakau nawettan played at the Real De Banjul Football Field at the Independence Stadium in Bakau.

Vidar FC lost to Luneburg in the 2016 Bakau Super Cup final a week ago before their Friday’s clash with Senior Lions, with goals from Baboucarr Joof, Ismaila Manneh and a brace from striker Abdoulie Barrow and Modou Mussa to earn Vidar FC their first-ever win in Bakau Nawettan.

Senior Lions responded back and managed to pull back two goals through an own goal by defender Ensa Njie and Chess Jammeh, which eventually proved to be a consolation for the senior players.