‘VDF has no boundary in nation-building’ says Turo Darboe

The chief executive officer (CEO) of Vision Development Foundation, VDF, a non-governmental organisation, Modou Turo Darboe, has said that his foundation has no boundary whenever it comes to issues of nation-building.

Turo Darboe made this statement on Sunday during a massive road rehabilitation exercise embarked upon by his foundation in collaboration with the Kanilai Group International (KGI) in Latrikunda Sabiji, Fajikunda and Tabokoto all within the Kanifing Municipality.

According to him, his foundation was created mainly to complement government efforts by intervening and helping communities in addressing their needs.

“We are not doing this because of politics, because the VDF have over the years embarked on projects with the sole objective of complementing the efforts of government,” he said, adding that they are not doing the road rehabilitation because of the forthcoming local government election.

“I am not looking for any position, but doing this for the sake of God and humanity, at the same time following the footsteps of my father and complementing the efforts of government because we all have a role to play in nation-building,” he stated.

Darboe further stated that his target is to make sure that his foundation in collaboration with KGI fills all the necessary gaps for proper road maintenance in the interest of Gambians and the country, in particular.

Nation-building, Turo Darboe went on, should not be left in the hands of the government alone, as everybody needs to contribute his or her quota in it.

“So, therefore, people should not see our efforts as politics,” he noted.

While lauding the people for their turnout since the inception of the exercise, the VDF CEO said his foundation has gone beyond the country, moving as far as Casamance helping the poor and needy and their communities.

He renewed his foundations continued commitment in collaboration with the KGI to embark on more development processes, and serve humanity free of charge, all geared towards enabling them live in a healthy environment.

Speaking at the exercise in Latrikunda Sabiji, Talibo Kongira, the ward development secretary, said the road rehabilitation exercise is one of the key gestures that the people of Latrikunda ward are enjoying looking at the nature of the road there during the rainy season.

He added that with the intervention of VDF and KGI, their dreams have become realities, as smiles have been put on their faces.

“The importance and need for proper road maintenance in our ward cannot be overemphasized as far as development is concerned,” he said, while commending the VDF under the leadership of Modou Turo Darboe and KGI for coming to their aid and complementing the efforts of the government.

“If all NGOs are doing just like VDF, then government will be saved from spending a lot of resources in many areas,” Kongira stated, while calling on others to emulate the efforts of Turo Darboe, his foundation and KGI.

Pa Sainey Jallow, former nominated councilor, who is a resident of Fajikunda, also lauded the partnership between VDF and KGI.

According to him, with the intervention of VDF and KGI, the community of Fajikunda and its catchment areas are now enjoying good roads. 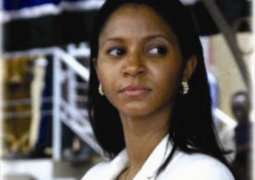