Vision Development Foundation (VDF), a non-governmental organization in the country, on Thursday donated more than fifty packets of laundering soap to the National Women and Children Association for Hygiene and Nutrition (NAWCAHN).

The presentation, held at the NAWCAHN head office in Bundung, was attended by senior officials from the VDF as well as NAWCAHN.

Speaking on the occasion, Momodou Lamin Jagne, Programme Officer, and Momodou Manta Jallow, National Coordinator of VDF, said there has been a long relationship between the two organizations, which started in 2004.

According to them, the items were meant specifically for supporting women and children in the urban and rural areas.

“We donated these soaps to the women through the NAWCAHN whereby they will sell it at a reasonable price for the organization. It is an interest-free loan,” the VDF officials said.

According to them, the price of the product is subsidised by the VDF to reduce cost for the women.

Darbo Sano, a member of the association, thanked the VDF for the gesture.

“This will help the women a lot, particularly pregnant women,” she said.

In receiving the items, Alieu B. Sanyang, secretary general of the group thanked the members of the Vision for the support.

According to him, the VDF has been supporting his organization for the past couple of years.

He explained that his organization was founded since 2004 with the aim of sensitizing the general public about the plight of women and children and the importance of food hygiene to fight hunger and mal-nutrition.

“Apart from that we also engage in farming, like crop diversification and other areas,” he said. “We also have processing of Omo surf under hygienic condition.” 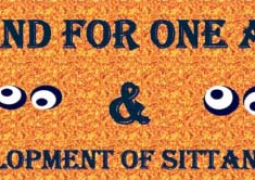 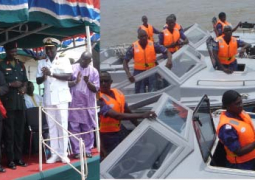