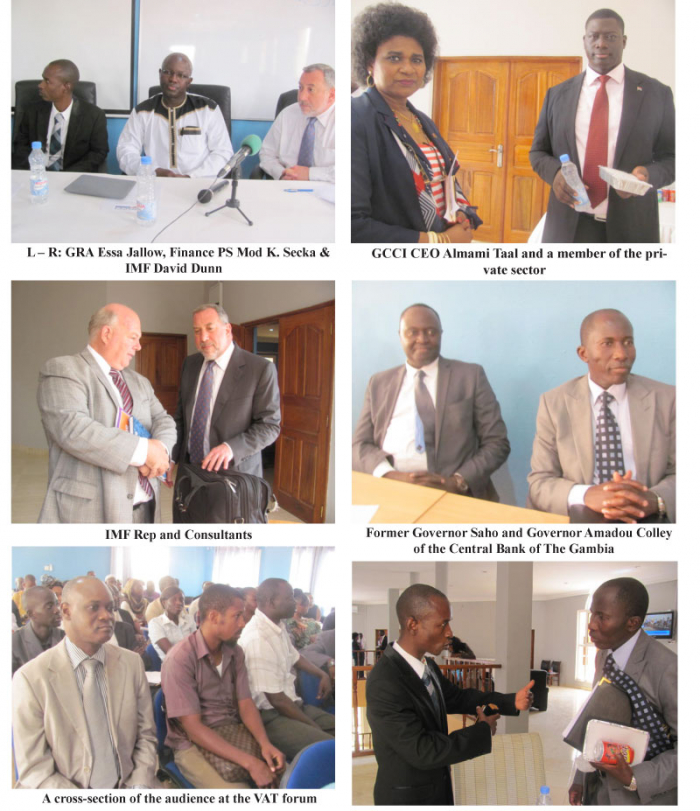 Six months down the line, it has been deemed necessary by stakeholders in The Gambia’s economic drive to discuss and assess the implementation of the Value Added Tax (VAT) and its effects on businesses and consumers, as the cry against rapid price rise and inflation continues in the country.

Officials of the Gambia Chamber of Commerce and Industry (GCCI), the Ministry of Finance and Economic Affairs (MOFEA), the Gambia Revenue Authority (GRA), and the International Monetary Fund (IMF) converged yesterday on Kthamsys Centre at Bijilo to discuss the Value Added Tax (VAT) and its effects on the socio-economic condition of the people.

The initiative is also premised on the fact that the Gambia Government is committed to a very comprehensive tax reform agenda by looking at the tax system in its entirety and not just to look at one or two areas, say officials of the public sector.

“Government is also of the view that tax systems should be looked into properly,” said the permanent secretary of the Ministry of Finance and Economic Affairs, Mod K. Secka, in his remarks on the occasion.

“At the end of the day we want to lessen the burden of taxation on the policymakers, the businesspeople and the consumers,” Mr Secka added.

According to Essa Jallow, Gambia Revenue Authority commissioner for domestic taxes, each time an IMF delegation is in The Gambia for a mission, they try to get GCCI to organize forums around businesses, VAT and the economy in general, which gives them the opportunity to get all the important players in the economy at the level of Central Bank, GRA, and the business community to interact and talk about issues fundamental to the economy of the country.

Mr Jallow says further:“For the business players, tax is very fundamental; it is one of the most important responsibilities they need to discharge. So holding this kind of meetings is an opportunity for them to come out and constructively criticise our tax system – what is it in this our tax system which is not business-friendly - and on our part it is good feedback for us to go back and see what we can change and what we can improve upon.”

He continues: “It’s the whole tax system that we have to revisit and see what is it that we need to improve upon, to make the economy better and also to make Gambian businesses better in terms of competitiveness so that we are able to remove everything in the system that is there to create unnecessary bottlenecks and impediments for Gambian businesses. So I think it is a step in the right direction because for every country tax is one of the things you can use to influence development.”

IMF Country Representative David Dunn also spoke on the issue highlighting the intricacies between VAT and business and investment.

Most of the questions raised by the audience as regards the VAT and its impact on prices of goods and services in various sectors of the economy were also responded to aptly by officials of the GRA and the IMF, who are presently in The Gambia to study and help in digesting such issues.

GRA Commissioner General Ansuma Tarawally advised all and sundry to be tax-friendly as it is only through paying tax that government can meet the socio-economic needs of the people.

“People must comply with paying taxes if you want the economy to do well and the Government to provide the basic social needs of society. What is necessary to solve the issue of the VAT is better understanding between GRA and the business community,” Mr Tarawally said, calling on the general public to be friendly with tax collectors as GRA is mandated to collect tax. “We ourselves are taxpayers,” he said.

GCCI Chief Executive Officer Almami Faanding Taal, who moderated the occasion, said the GCCI is out to ensure that all parties in the economic play, especially on the issue of the VAT, have common understanding to promote businesses and the economy, as well as serve consumers well. 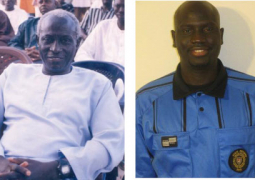