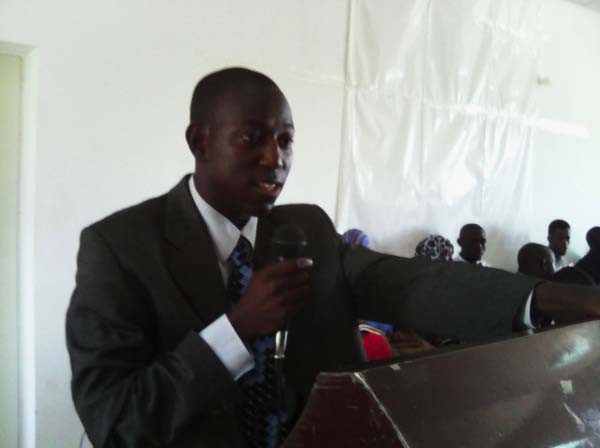 This followed the introduction of eight compulsory French courses by the university administration, as condition for any student to graduate.

In his activity report of the fourteenth executive council of the students’ union, delivered recently at the Faculty of Law building, Almameh S Manga, secretary general of the UTGSU, said the decision of the university administration to make French courses obligatory for all students was “unconstitutional”.

The president of the students’ union, Momodou Salieu Sowe, said his executive team does not underestimate the value of French, both as an area of study and as an international language. However, the imposition of the courses on the students was not in their best interest at the university.

He added that the policy would have prolonged the period of study for most of the students, some by more semesters or academic years, against their wish.

It would be recalled that students of the university staged a weeklong “sit down strike”, and one major street protest, over the introduction of a new grading system and the annual ten percentage increment of tuition, in March this year. Some students have also been speaking against the compulsory French courses.

Since then, French was withdrawn from the list of compulsory courses, and major gains have been registered in the other areas of students concerns, according to the students’ union.