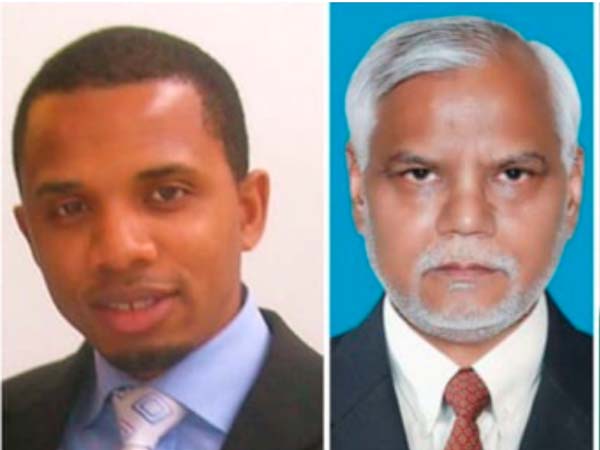 The Vice Chancellor of the University of The Gambia (UTG) has threatened to drag Dr Ismaila Ceesay, president of the UTG Faculty and Staff Association (UTGFSA), to court for allegedly defaming him and his senior management.

The Office of Vice Chancellor issued a statement yesterday saying Dr Ceesay “must show cause why disciplinary action should not be taken against him by the University of The Gambia, his employer”.

“The Vice Chancellor and the UTG reserves the right to sue Ismaila Ceesay for character assassination and defamation,” the statement said.

The annoyed Vice Chancellor, Prof. Faqir Anjum, and his senior management are reacting to a memo issued by the UTGFSA and signed by Dr Ceesay as the president and Malang Fanneh as the secretary general of the association.

In the memo – supposedly agreed to by all the faculty (lecturers), administration and auxiliary staff of the UTG – the UTGFSA is requesting for “the dissolution of the Senior Management Team (SMT) and the resignation of the Vice Chancellor, the two deputy vice chancellors, the University Secretary and the University Registrar of the University of The Gambia due to incompetence, inefficiency, and misplaced priorities.”

According to the association, for the past two years, the SMT, under the leadership of the vice chancellors Professor Mustapha I.A Khalil and Professor Faqir Anjum, has failed to create the necessary conditions that will transform the university into a student-centered and research-led university that is recognised both locally and globally.

“They have also failed to demonstrate their commitment to identify and solve the problems of the University,” the association said.

The UTGFSA said although most faculty members have been working at the UTG for many years “without any opportunity for further training to develop themselves”, the Vice Chancellor and his SMT have failed to identify and solve this capacity challenge of the university.

They also blamed the Vice Chancellor and his team for low salaries, saying “at present, the staff at the University of The Gambia are paid the lowest salaries in the sub-region”.

According to UTGFSA, poor facilities is also another bane of the university.

“All the facilities that should support an effective teaching/ learning/research at the University of The Gambia are very poor and deplorable,” the association said.  “The sanitary conditions of the toilets across all campuses at (the ones in Brikama are particularly worst) are not suitable for human use.”

The UTG staff said the failure of the Vice Chancellor and the SMT to address the problems is “a clear indication” that they have failed to carry out the duties and responsibilities.

The staff and faculty association said the recent decision of the university management to purchase vehicles at the value of almost D10 million for “their personal use” demonstrates “their insensitivity” to the problems and the plight of faculty and staff of the UTG.

“If the above demands are not met on/before 1st March, 2017, the University of The Gambia Faculty and Staff Association (UTGFSA) will implement a sit down strike with effect from the beginning of next semester.

“This action will involve all Faculty, Admin staff and Auxiliary staff at the different schools within the university who are members of the UTGFSA.”

In the statement from the Office of the Vice Chancellor, Dr Ceesay is the only one blamed for the memo of the UTGFSA.

It states:  “Ismaila Cesay has attacked the Vice Chancellor and the Senior Management Team of the University of The Gambia with malicious intent and total disregard of facts.

“Mr Ceesay’s submission on the matter at hand is full of half-truths and outright lies.”

“This irresponsible, unprofessional and disrespectful behaviour on his part must stop immediately.

“The Vice Chancellor and the Senior Management Team wishes to reaffirm that although freedom of expression is guaranteed under the Gambian Constitution, there are no provisions that gave an individual a carte blanche to defame the character of another person.”