The long and much awaited US$5.5 million was on Tuesday inaugurated by President Jammeh in the Central River Region as he continues his dialogue with the people tour of the country.

The inauguration of the bridge, whose foundation stone was laid in May last year by President Jammeh, brought together ministers, senior government officials and thousands of people within the catchment area.

The inauguration of the multi-million dollar bridge was in fulfilment of a promise made by President Jammeh to the people of the Central River Region in particular Sankulay Kunda-Janjangbureh.

The bridge, which connects the Central River Region administrative town of to the southern part, was contracted to the Senegalese construction firm Companie Sahelienne D'Enterprise (CSE) in partnership with Acrow Africa Alliance.

Speaking at a meeting held at the riverside shortly before officially opening the bridge, President Jammeh said that the successful completion of a bridge is a fulfilment of the pledge he made to the people of the area. He told the gathering that the idea of bridging the was conceived during the transition period. 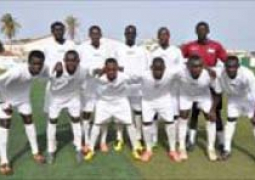 Crucial Fixture: Steve Biko Vs Real in 2nd Round