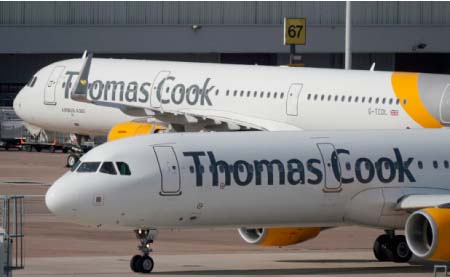 European travel agents bringing tourists and other visitors to The Gambia have confirmed to The Point that despite Thomas Cook UK Plc and associated UK entities that recently entered compulsory liquidation, reservations to Banjul will continue and that is “not” affecting bookings as previously thought.

Several interesting locations in the country such as The Gambia National Museum, Abuko Nature Reserve, Kachikally Crocodile Pool and Bijilo Forest Park have been revealed and identified for European travelers and tourists to experience during their stay in The Gambia.

Certain towns and villages such as Banjul, Brufut Beach and Wassu were branded as “stunning places to see.”  Serekunda Market and Tanji Fish Market are also recommended for tourists.

In a rare shift portraying the country as ‘‘dictatorship that could easily slide into an unpredictable event’’, the European Press is currently depicting the Gambia as a ‘‘good country to visit’, taking into consideration the current political dispensation.

Respected media organizations now consider the country as ‘‘friendly and attractive for visitors’’ and further highlighted many areas of interest to visitors.

The reputable and respectable Telegraph in the UK has revealed more than a dozen ‘‘reasons’’ for visiting The Gambia. It includes ‘‘cruising the river Gambia; bird watching at dawn; meet some island-whooping chimps.”

The paper also disclosed to tourists some personal areas that may be worth experiencing such as ‘‘tracing the grim history of the slave trade and visiting an art village.” Even ‘‘hanging out with village elders’’ was also cited to European tourists.

Notwithstanding, in some quarters, visitors are cautioned to be careful and suspicious during certain dealings or movements; however, the general view is optimistic and sanguine.

A ‘‘tourism advice’’ script seen by this correspondent also revealed that the Gambian Ministry of Tourism and Culture had ‘averted the sudden trauma against its industry during the event of Thomas Cook’s cessation.”

It further revealed that Hamat N.K. Bah, Gambian Minister of Tourism and Culture ‘‘handling of the incident was remarkable.” It added that an ‘‘inclusive meeting of all stakeholders both inside and outside of the country seeking remedial actions yielded a very positive results.”